The opener, blues-rock guitarist and vocalist Jared James Nichols, started the night off with “Hard Wired”, a song that showcased those unacquainted with Nichols as the dynamic performer he is. Backed by a bassist and drummer, the 33-year old, sings and plays his Les Paul as well as more seasoned and venerated luminaries in the rock scene. The JJN power trio played a short set that included “Skin ’n Bone” and “Saint or Fool”. Closing the set with a spirited cover of Mountain classic “Mississippi Queen”, Nichols paid homage to the late Leslie West, and undoubtedly made new fans as well.

Guitar phenom Nita Strauss with her five-piece band were greeted with loud applause when they hit the stage. Strauss, who currently tours with Alice Cooper, is widely-known as one of the greatest guitarists on the scene. Her technical ability and physicality onstage were exhibited as were the skills of her talented bandmates. The 10-song set was mainly instrumental, with the exception of “Dead Inside”, a song written by Strauss that features David Draiman of Disturbed on vocals, whose track was piped in through the house speakers. Strauss and her band are undoubtedly top-notch musicians, yet the formulaic fast-tempo shredding grew to be excessive by the time the set was halfway through.

After a black, skull-emblazoned curtain dropped, legendary guitarist Zakk Wylde and Black Label Society entered the stage delivering “Bleed for Me”, a crushing opener that established the band’s credo “First to Bleed, Last to Leave.” The screaming, fist-pumping crowd, many clad in Black Label Society regalia, showed unrelenting appreciation throughout the set. The decibels were high and so was the energy. Wylde, wearing his trademark garb (kilt, cutoff denim jacket, and combat boots), stood atop the steel-grated platform, thrashing his long blond mane and laying down the vicious guitar licks that fans are accustomed to and anticipate. The setlist covered the BLS gamut. Guitarist Dario Lorina really stood out, playing some impressive parts which complemented Wylde’s tone and phrasing. Lorina played lead guitar when Wylde sat down at the piano to play “Spoke in the Wheel” and “In This River”. This less-electrified part of the BLS set was followed with “Fire it Up”, and the crowd responded wildly. Then a jam session broke out with bassist John “JD” DeServio and drummer Jeff Fabb getting down, soon followed by Wylde and Lorina, playing their guitars behind their back, mimicking each other, and playing in sync for about three-minutes. It was a kickass performance that kept onlookers enthralled. “Suicide Messiah” and “Stillborn” closed out night. Over twenty years in and Black Label Society just keeps getting better. 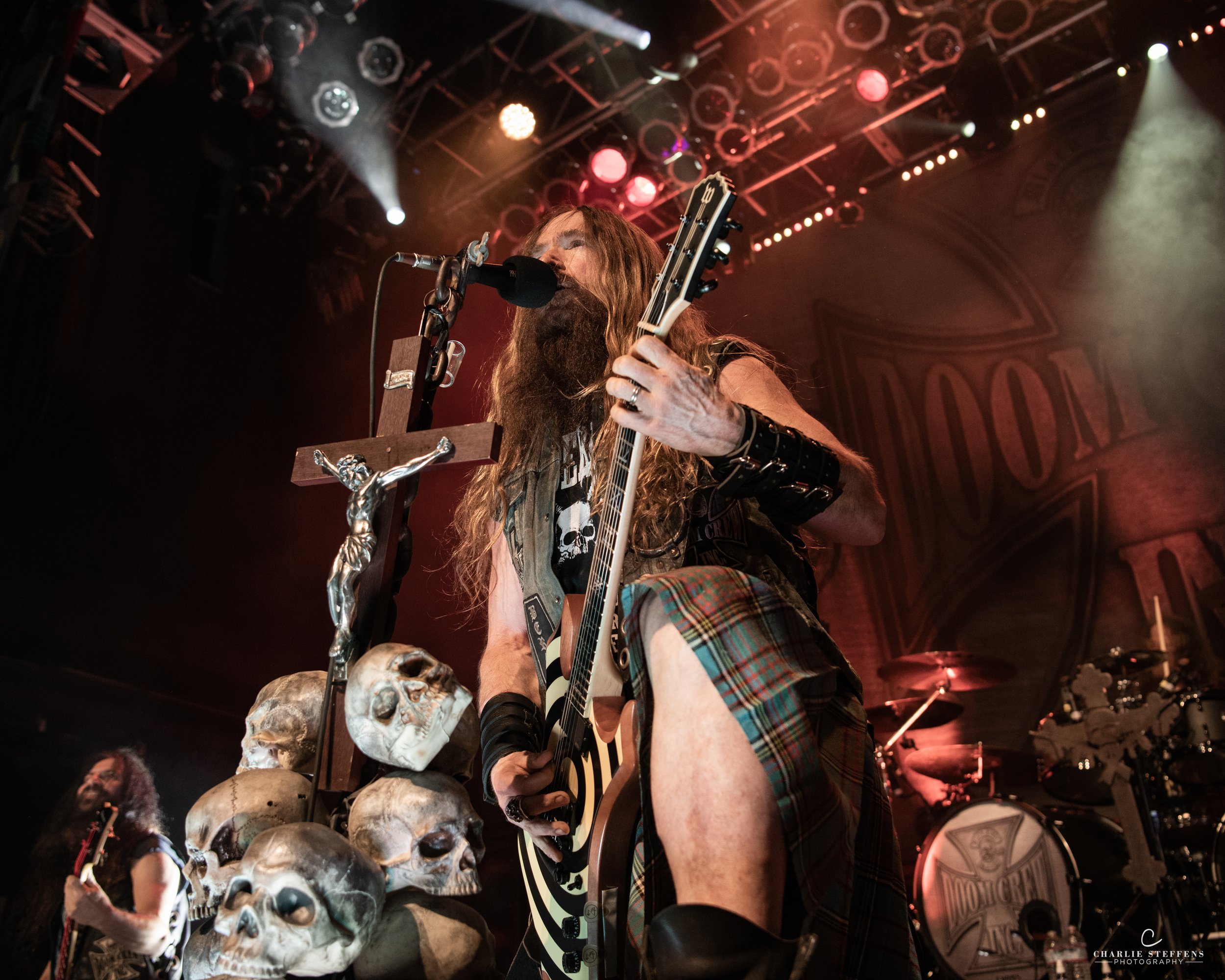 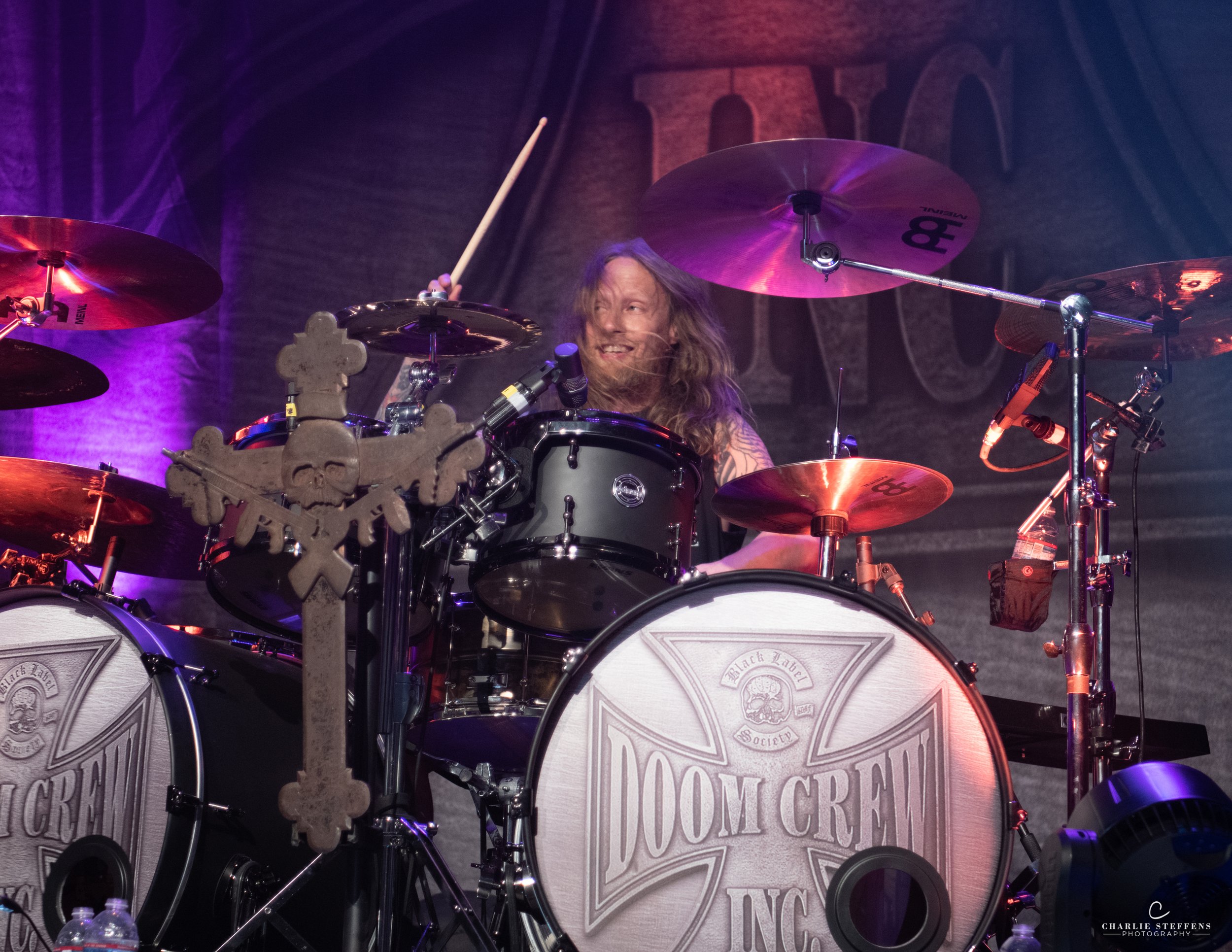 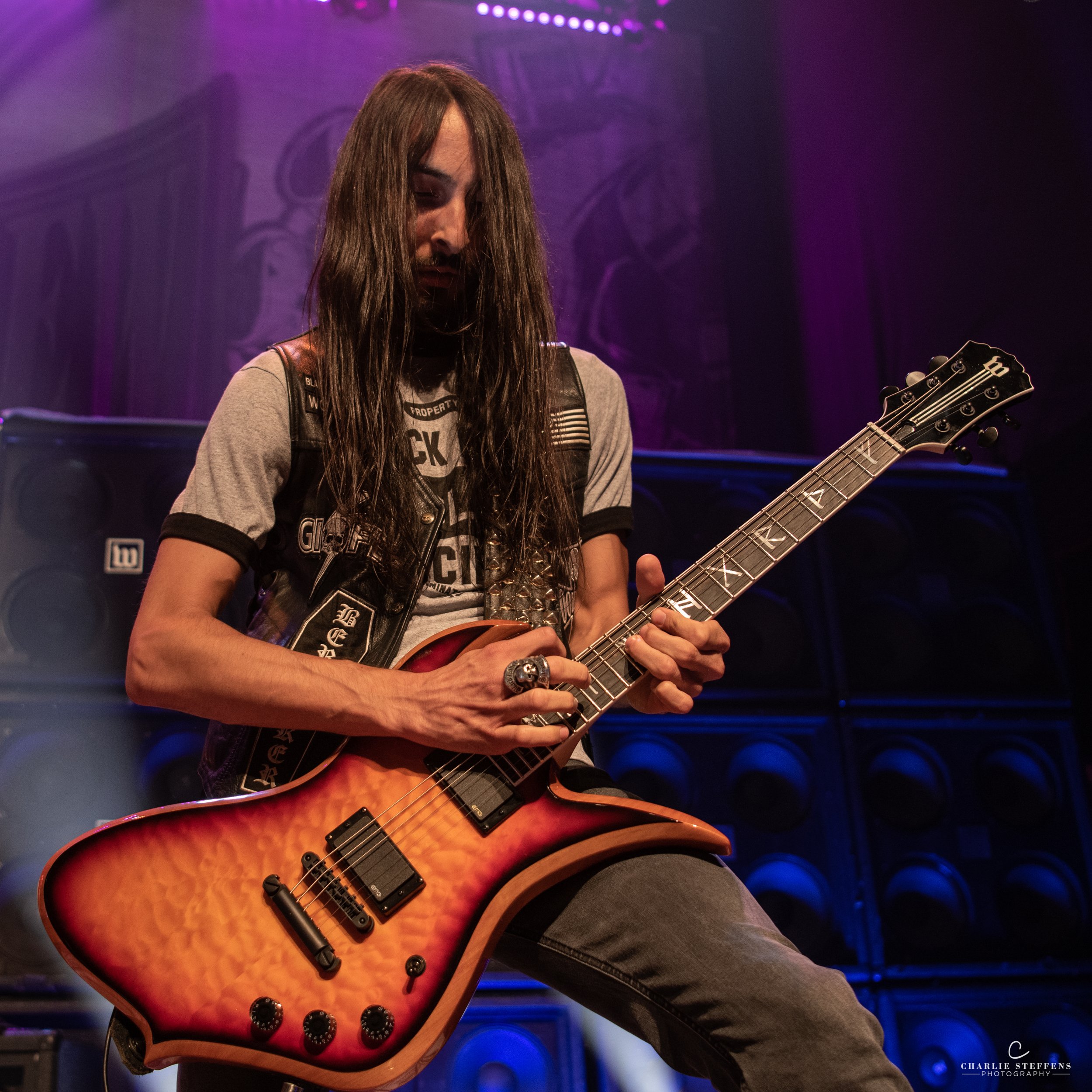 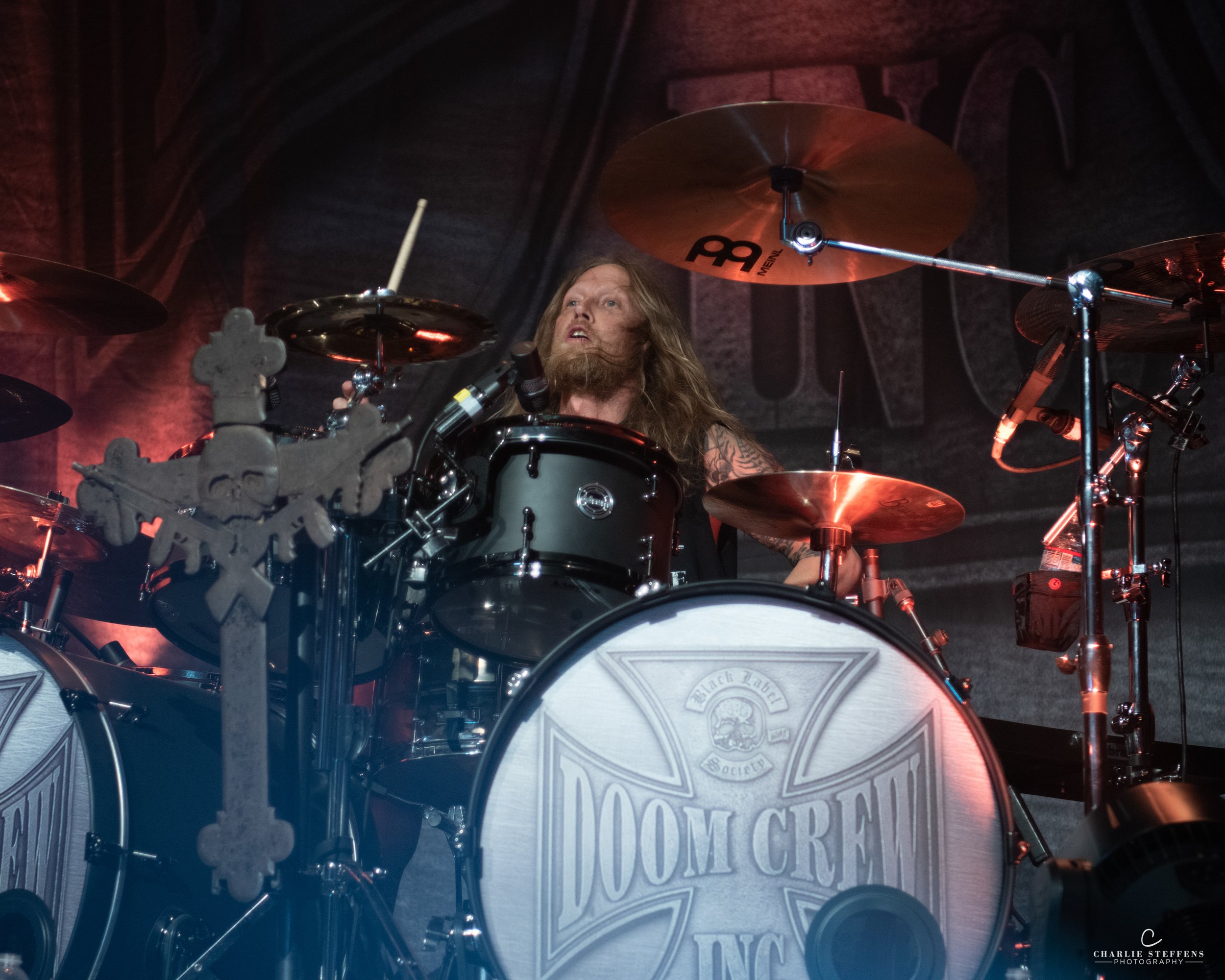 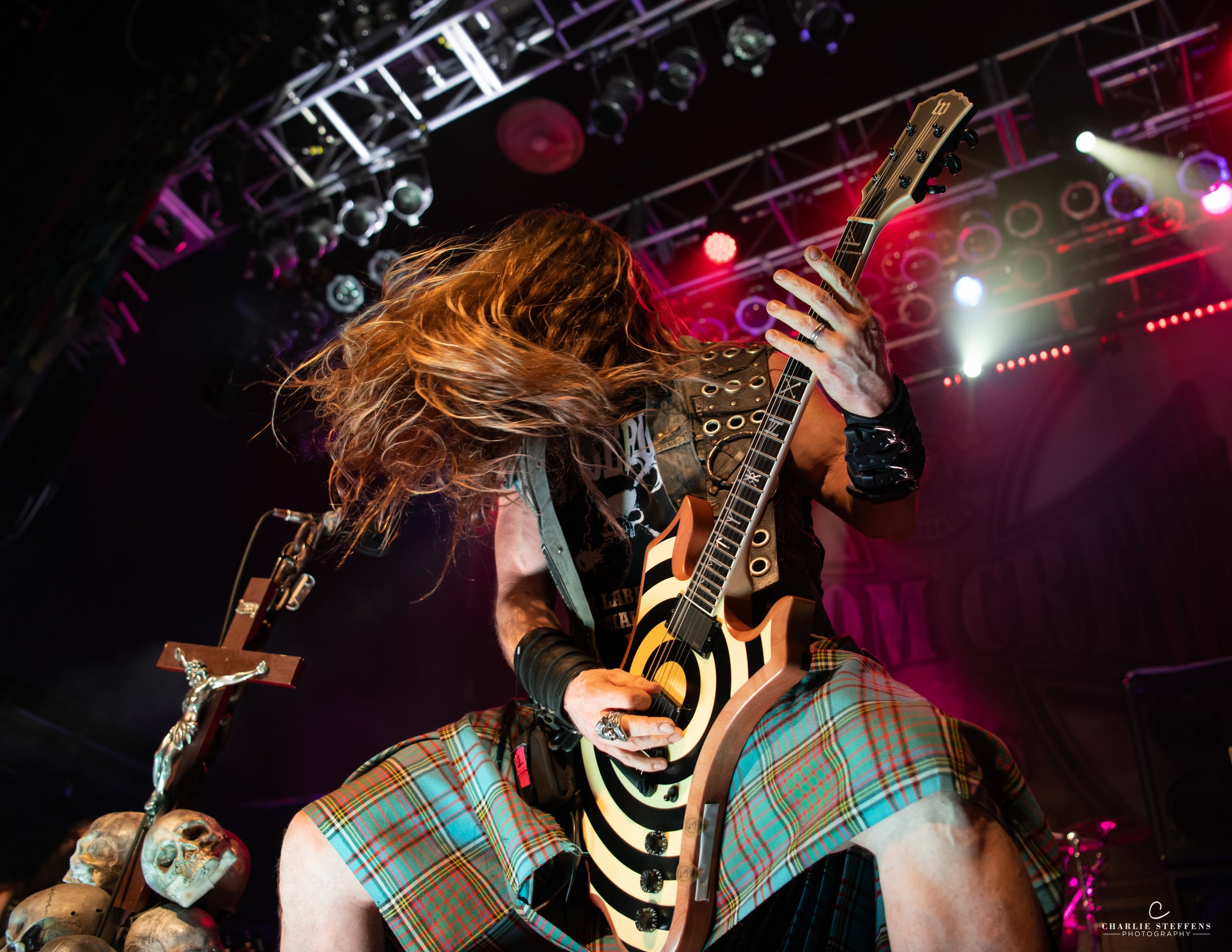 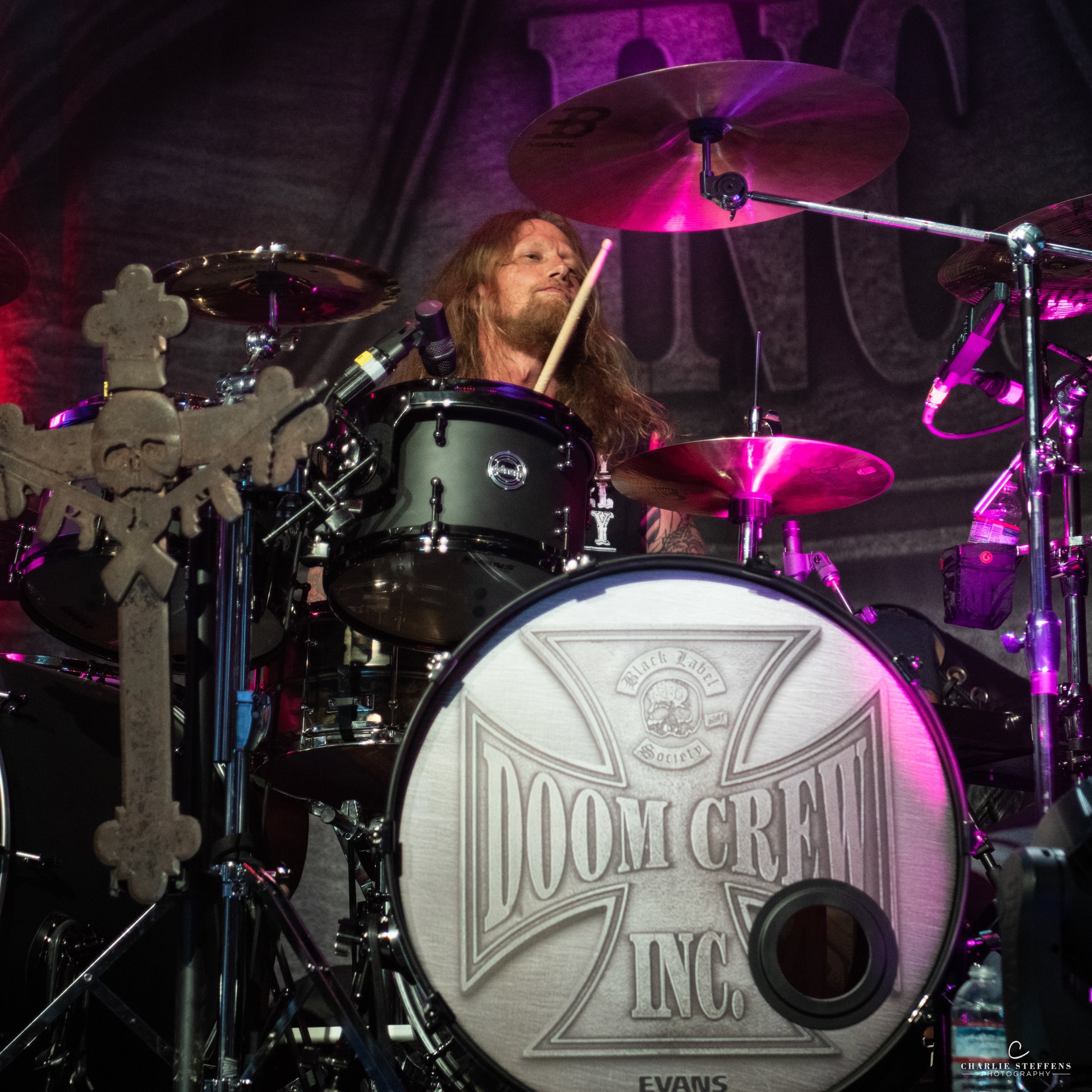 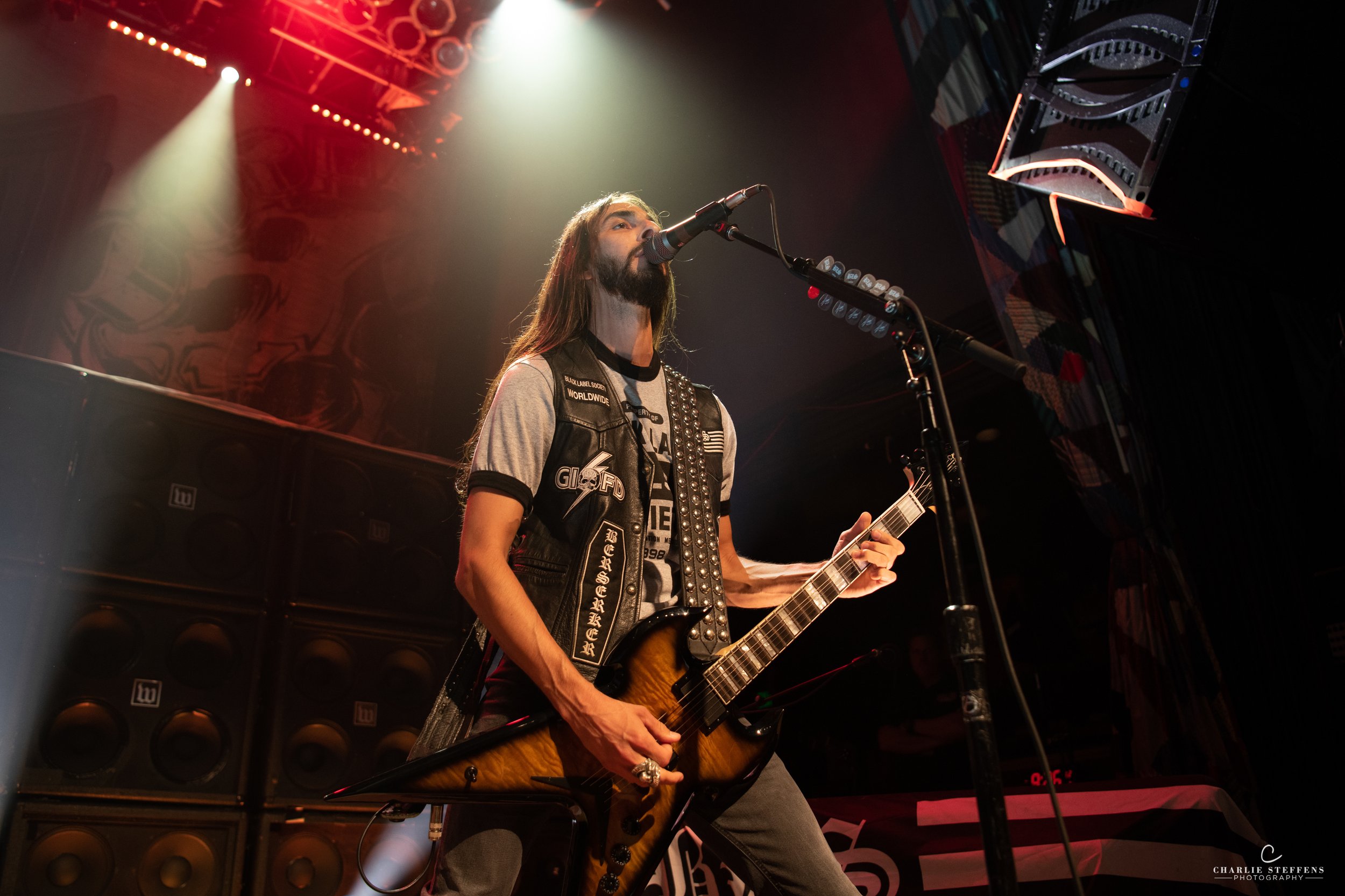 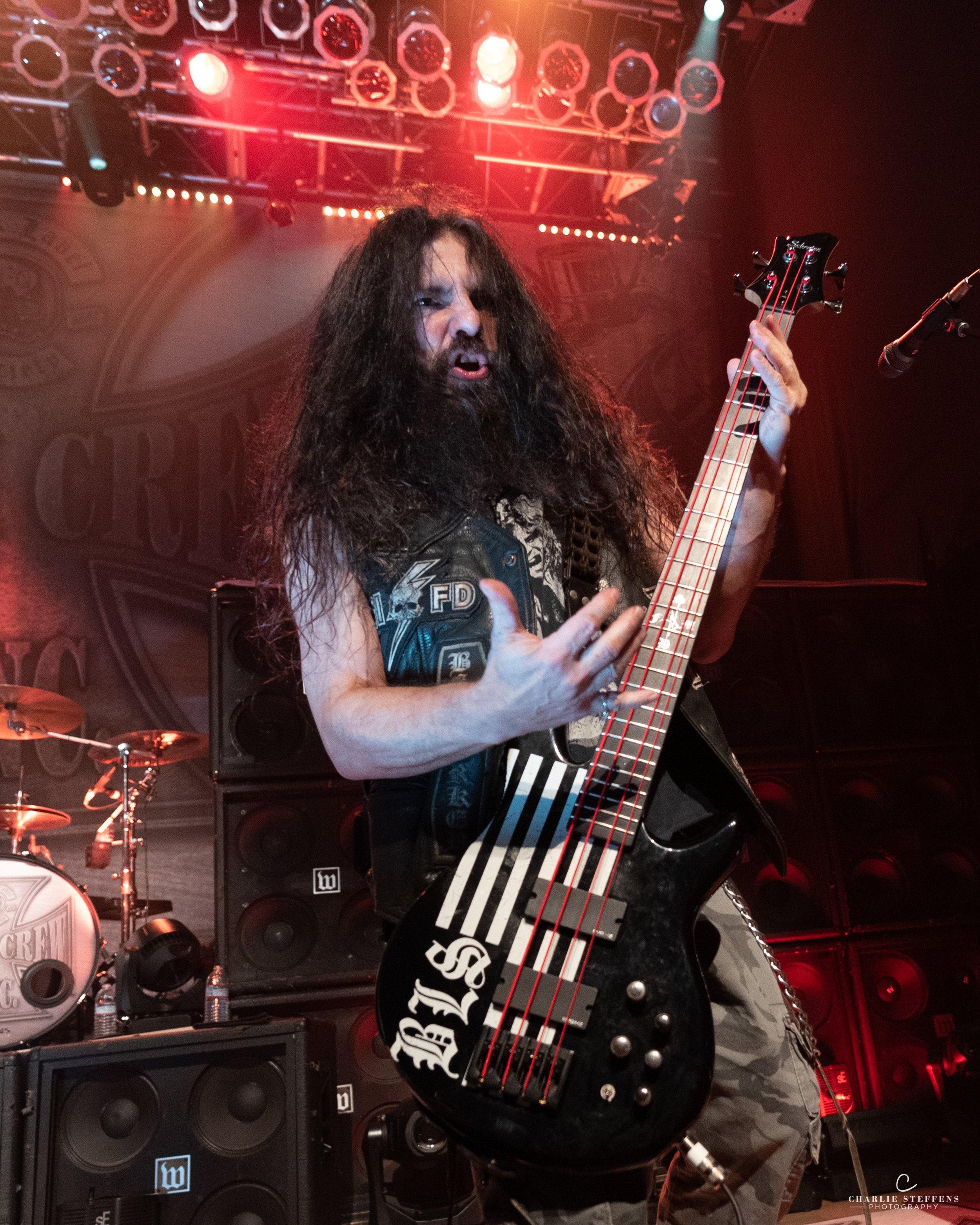 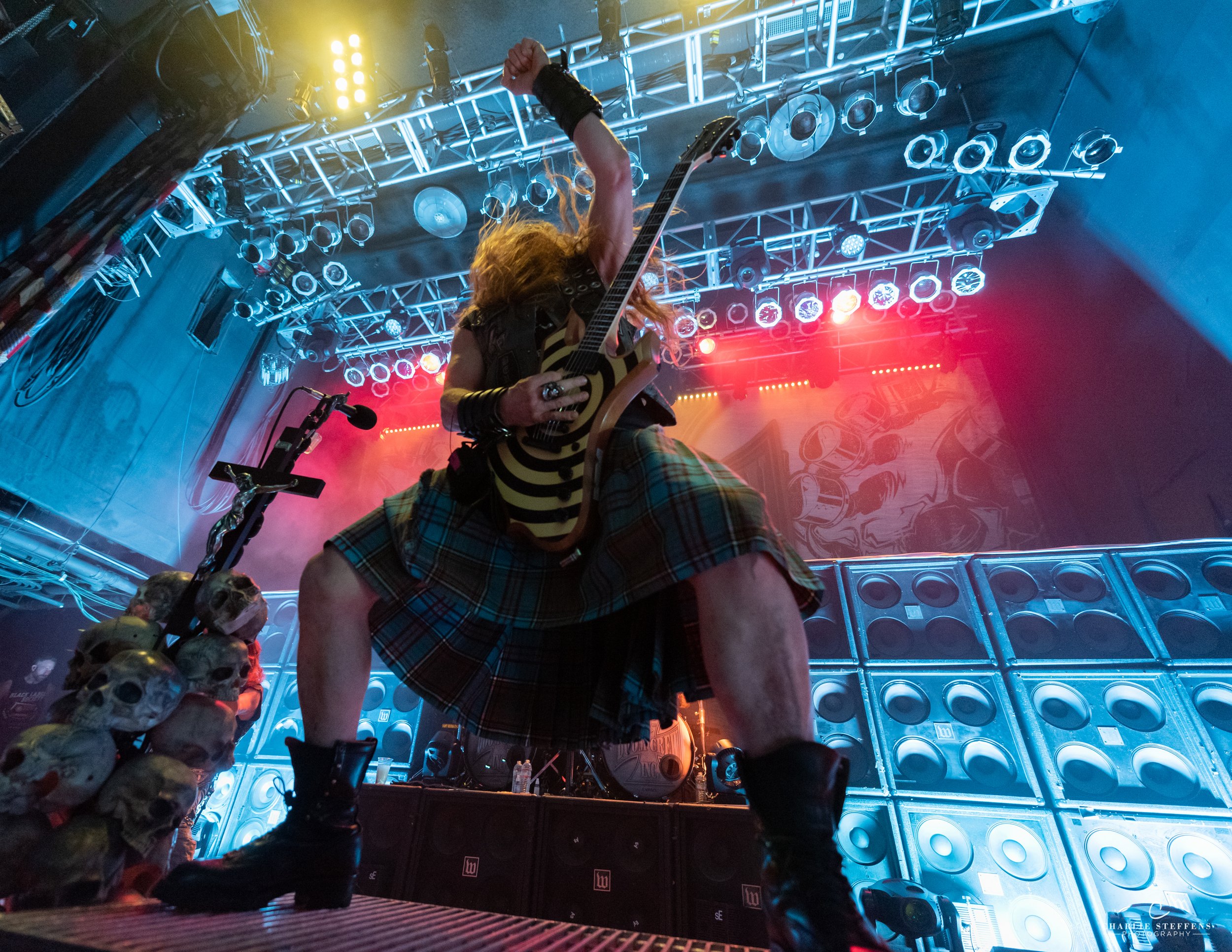 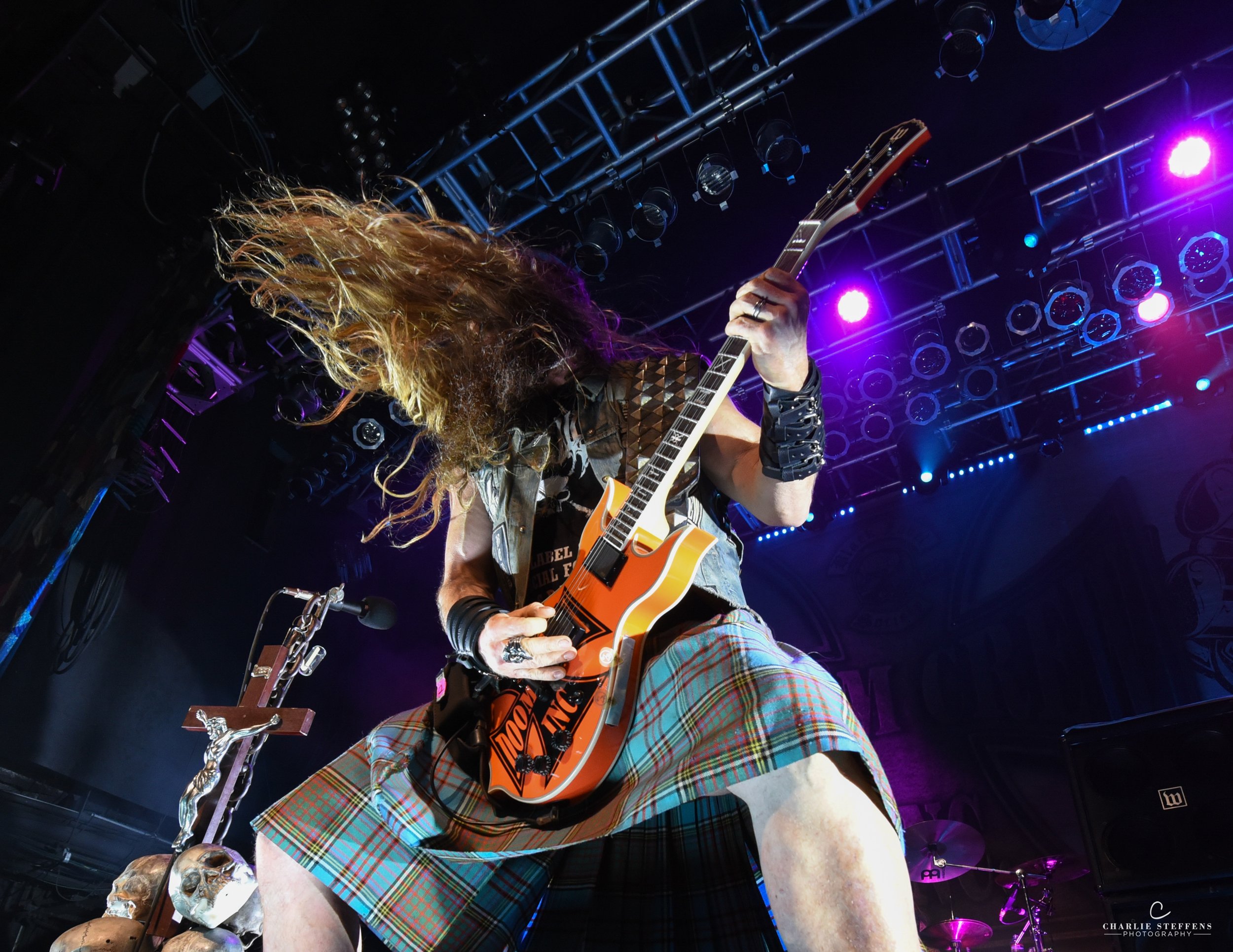 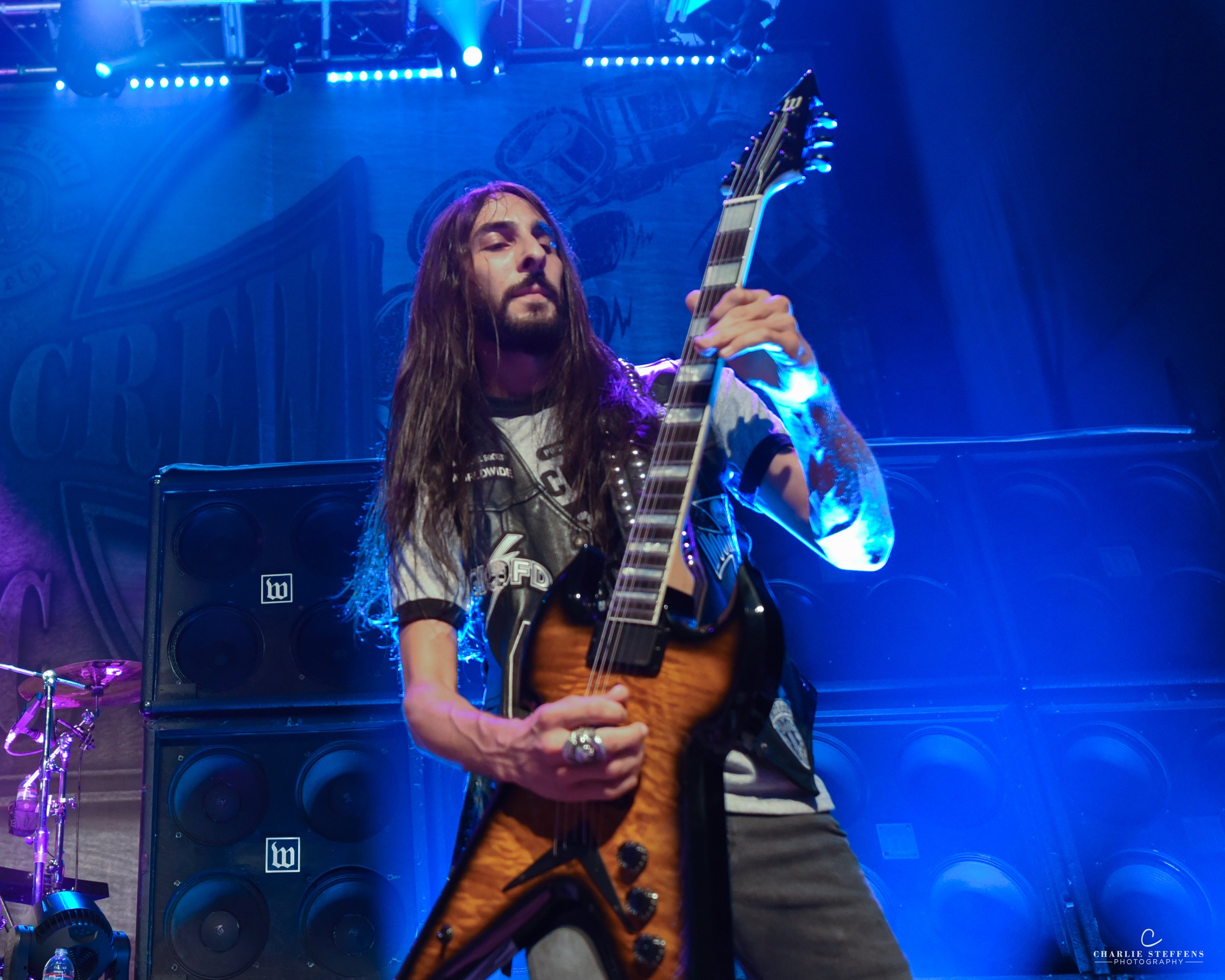 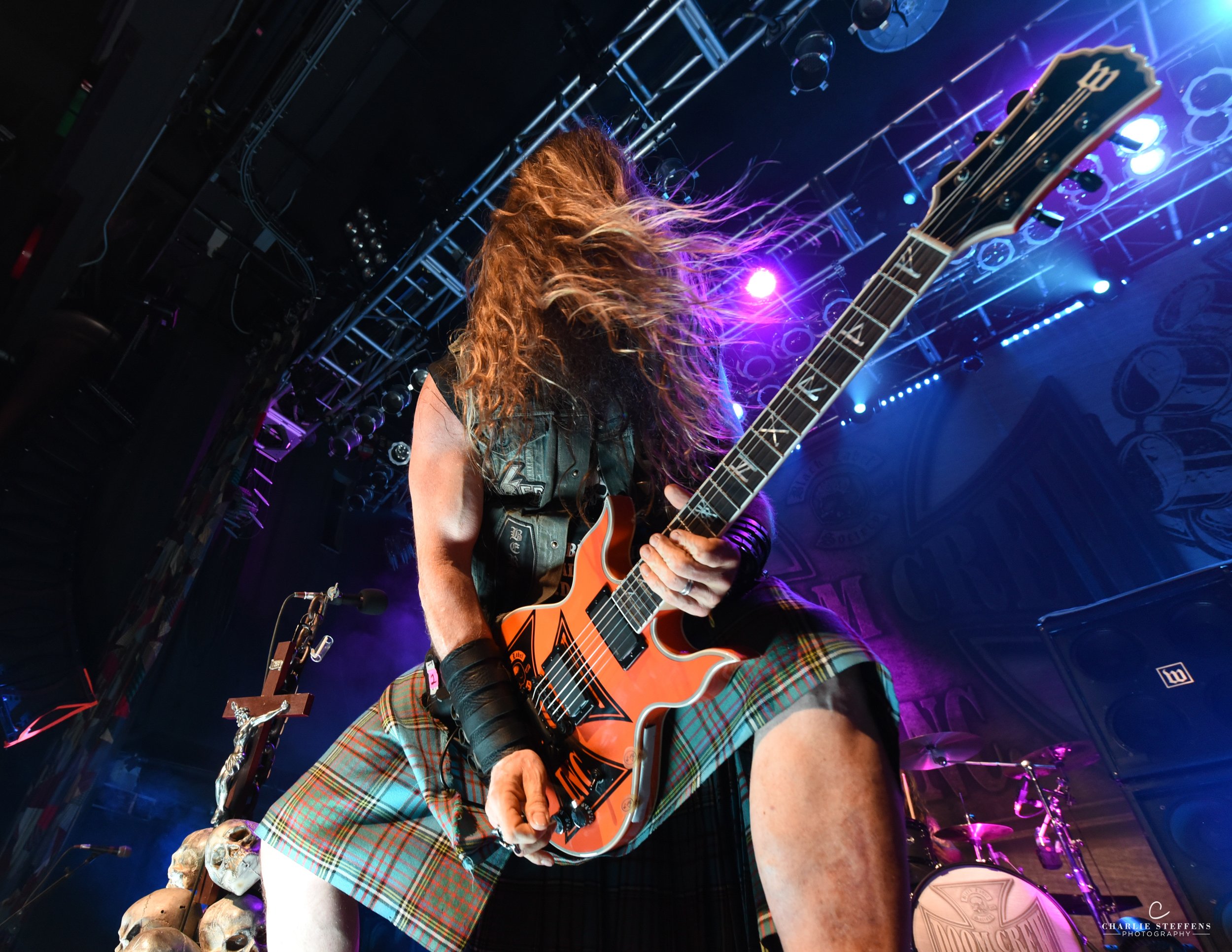 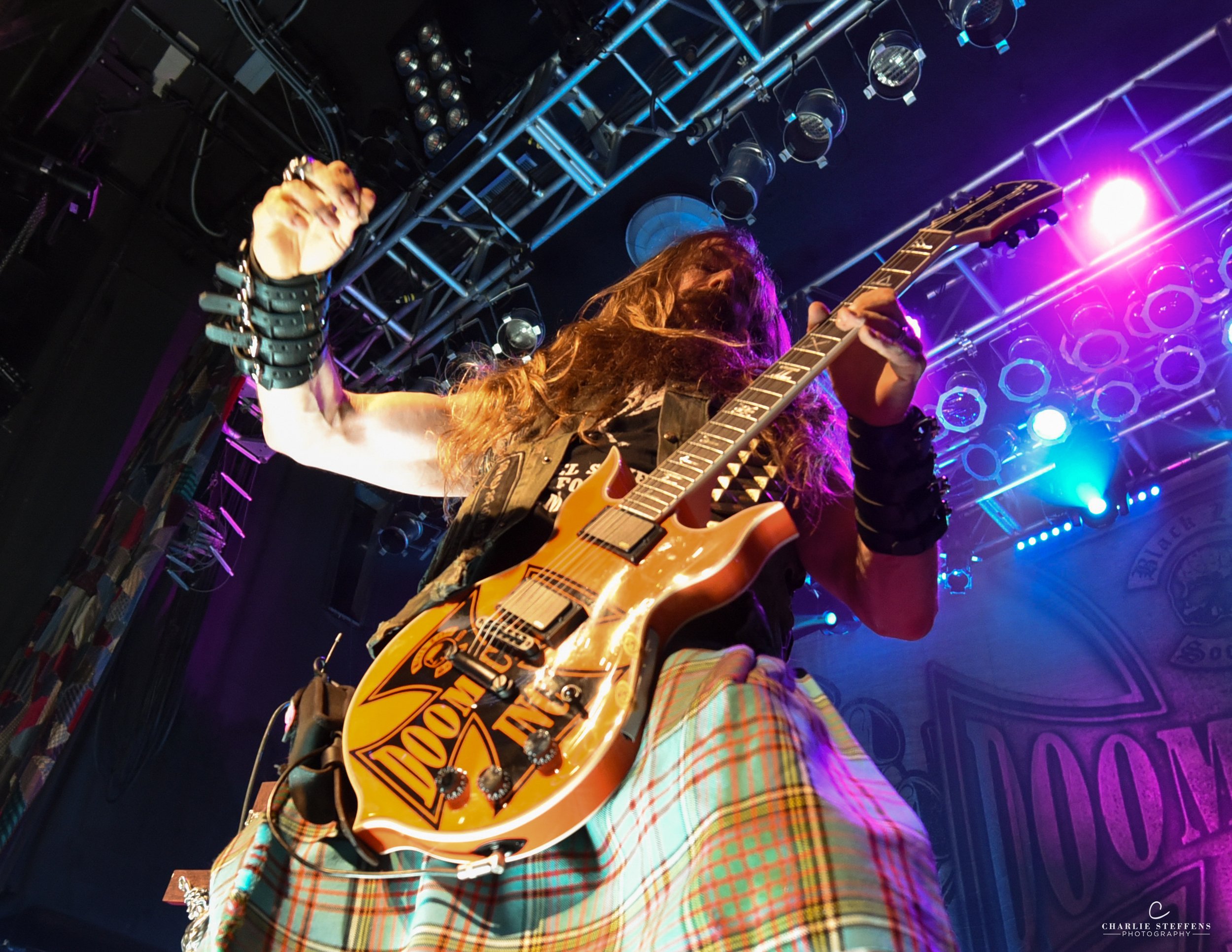