Rock and roll-themed burlesque shows have become more popular than ever. Have you seen one yet? Lots of these all-female productions can be seen throughout the week in Los Angeles nightclubs, but only some are worth your time.

Little Miss Nasty is a troupe of four, sometimes five, dancers who bring something unique to the stage. Founder and creative maven Gina Katon first brought Little Miss Nasty to the Viper Room on Hollywood’s Sunset Strip in 2012. Starting out as an opening act for national artists, and eventually headlining at the famous venue, the show has evolved from a 15-minute set to an hour-long production. With residencies in Los Angeles, Long Beach, San Francisco, and Las Vegas, Little Miss Nasty continues to gain a following, performing gigs across the US as well as in Canada.

Set to a heavy soundtrack, incorporating Pantera, Slipknot, and Marilyn Manson, Little Miss Nasty’s dancers are, in a word, brazen. “It’s not just a dance show,” Katon insists. “We take it to the next level. We don’t need a million props or 47 things to climb on.” Therefore, the show is adaptable to any space, large or small. “Nothing is really predictable…our soundtrack is unexpected.” (Watching four toothsome females rhythmically gyrating onstage as Pantera’s “New Level” blares from the speakers is a staggering panorama.) When asked if she prefers bigger stages and larger crowds over those in smaller clubs, Katon seems neutral. “It definitely is nice to have good production as far as great lights and incredible sound on giant shows. Plus, massive shows are always so fun. But, in the end, the size of the venue does not matter. We throw down in any circumstance, and a bunch of our best shows have been in the smallest of rooms, or even in more dive bar “old rock ’n’ roll” venues. It’s what the vibe in the room is, really, that make a great show. We are lucky to have such phenomenal audiences making us feel like rock stars even on the smallest of stages.”

Raised in Hell, Michigan, Katon’s love for dancing began as a small child. Formally trained from childhood, she displayed an unceasing passion for tap, hip-hop, and pointe. In addition to a flourishing career in dance, Katon, a former member of the all-female punk rock dance troupe Darling Stilettos, is famously known as the lead singer in Gina and The Eastern Block. While her influences are many, she cites Rage Against the Machine for their complete “badassness” and fearless resistance against the institution. “Plus, their songs and grooves are so nasty,” she adds. She likes Die Antwoord for their twisted visuals and unique look, and respects Marilyn Manson for his vulgarity and theatrically-disturbing videos and visuals.

It’s not often that Katon hold auditions for Little Miss Nasty as she keeps a lineup of women already in mind. “I’ve been working them in over the years; sort of a ‘to teach’ list. It’s a lot to take on, and a time commitment for sure. But when the stars align, the right girl is ready to join, and I have a little bit of extra time, we make the effort to get her in.” Jokingly, yet with an air of seriousness, Katon says when she considers a new dancer “I want the most badass thing out there. A superstar.

And she must be smart and able to retain a bunch of information and choreography. We change things and adapt on the fly all the time. A sharp mind with head on straight are necessary things around here. I feel like you have to be a trained professional to be in LMN. It’s an intense show that requires so much diverse training as well as natural sex appeal and that indescribable “it” factor. Every dancer in the group has extensive training in all areas and outstanding resumes—the kind of resumes that every upcoming commercial dancer dreams about. I’m certainly open to newbies or fresh off the boats if they blow me away! I love to take a girl under my wing and watch her transform.”

Katon stresses that the “it” factor and sex appeal cannot be taught. “You are either sexy or not. Confidence goes right along with this. You have to be comfortable in your own skin. No matter what size or shape you are. Period. Not everyone is meant to be a star or is born with star quality. A lot of dancers are trained like cattle. Their goal and training is to fit in and match the dancer next to them exactly. Some dancers are meant to be background and to not stand out too much because the artist they are performing for will get upset. You can’t pull the attention. In LMN everyone is a star and we blur the lines of being a dancer and a bona fide rock star. Each girl can hold the stage as a soloist and blow minds, and when we do join up we are a force.”

“Our concepts push boundaries and our choices are not safe”, Katon insists. “Those who expect the same ol’ hair metal Sunset Strip 1980s stripper playlist (Editor’s note: envision “Pour Some Sugar on Me”) will be disappointed when watching our show–because we are not that whatsoever. We’ve single-handedly created the new genre: “Rock & Roll Burlesque”. They say that imitation is the sincerest form of flattery. “I hope it’s the nastiest,” Katon says, laughing. “I don’t really focus on other shows, but I do know for a fact we’ve inspired plenty. And when I say inspire, I mean so much so that shows are now directly ripping off our ideas. Even internationally! I found a Chilean group that copied our show move for move and even had a similar name. It was jaw-dropping. But, like I said, I have so much faith in our creativity and performers. I definitely believe we hold the title for the nastiest in the biz.”

To the uninformed, burlesque connotes a misogynistic stereotype, objectifying women as damaged strippers. So it’s notable that on any given night, particularly at Harvelle’s nightclub in Santa Monica (where Little Miss Nasty frequently performs), the majority of the audience will be made up of women.

“I feel like we empower women so much that it’s almost their drug of choice to come and get their Little Miss Nasty fix. It’s brings them confidence and leaves them feeling badass. Of course, men love our show too. We are very well known and loved by the LGBTQ community as well, and I can almost certainly say that demographic may be our biggest crowd. We have a residency in San Francisco, at the hippest queer bar called Jolene’s. I recently checked our YouTube views demographic and it was 80 percent women, 20 percent men, so that says something right there.”

Irreverent, salacious, and off-the-hook, Little Miss Nasty is a must-see show. It’s priceless to see the sheepish look on an unsuspecting man’s face when “Mama Nasty’ (Katon’s stage moniker) or one of the other girls sits on his lap, impromptu, giving him a wink and a smile, and in all probability an elevated heart rate.  “It’s an escape,” Katon says. “It’s our therapy, honestly. The adrenaline rush keeps us feeling like we’re on Cloud 9 for days following our shows. The energy exchange between us and the audience is the reason we all keep coming back for more. Plus, we love dancing and performing, so that’s always a miracle when you get to do what you love for a living.” 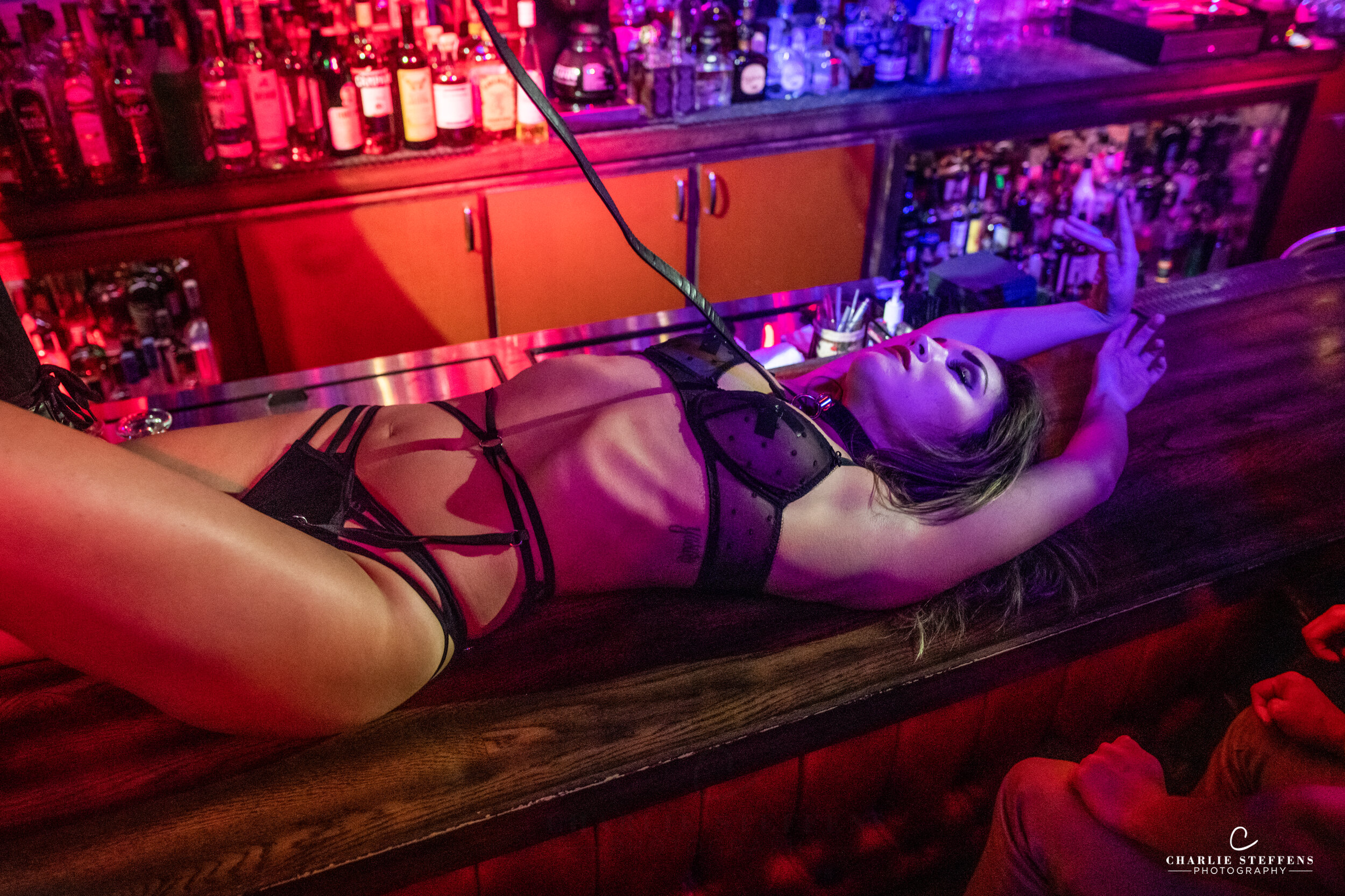 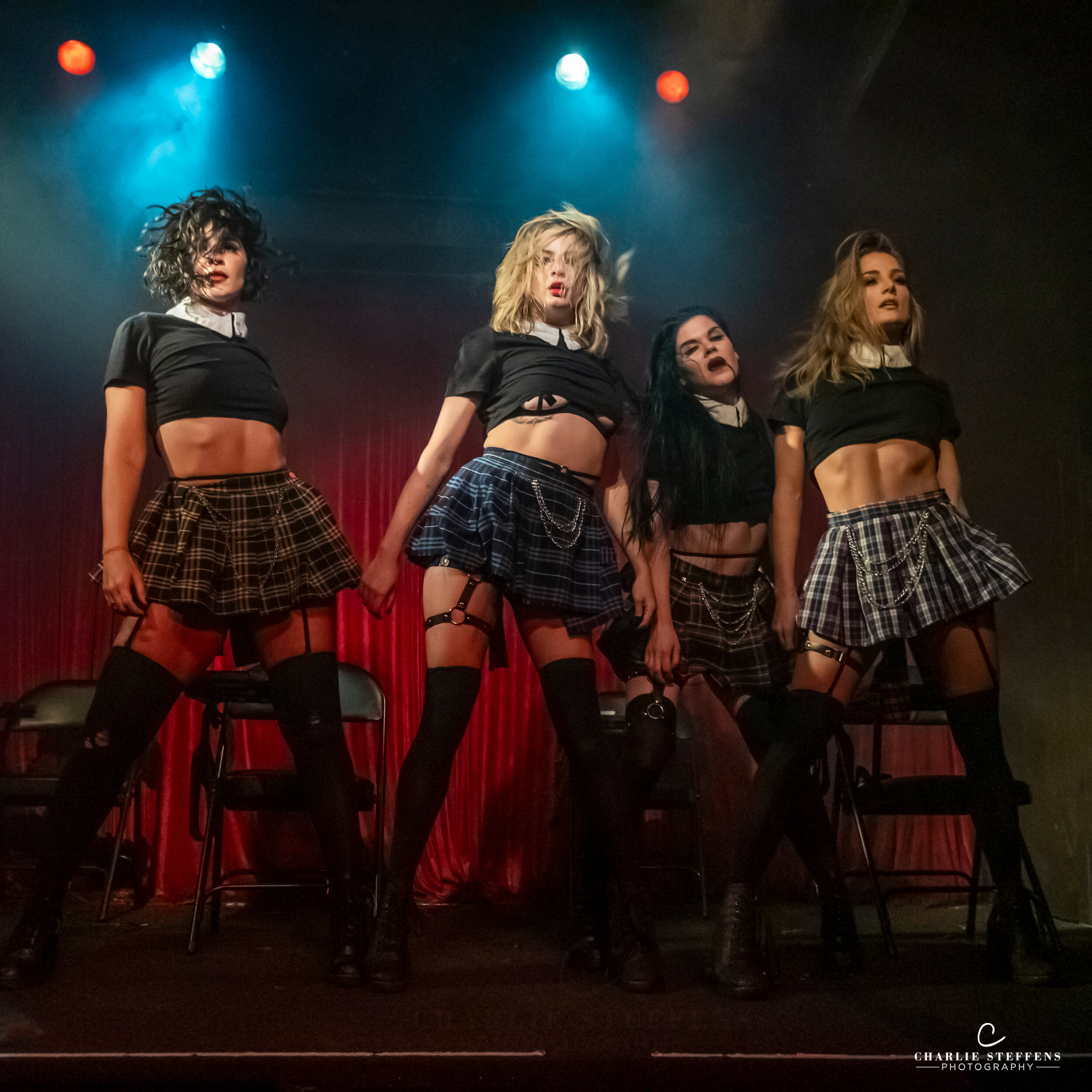 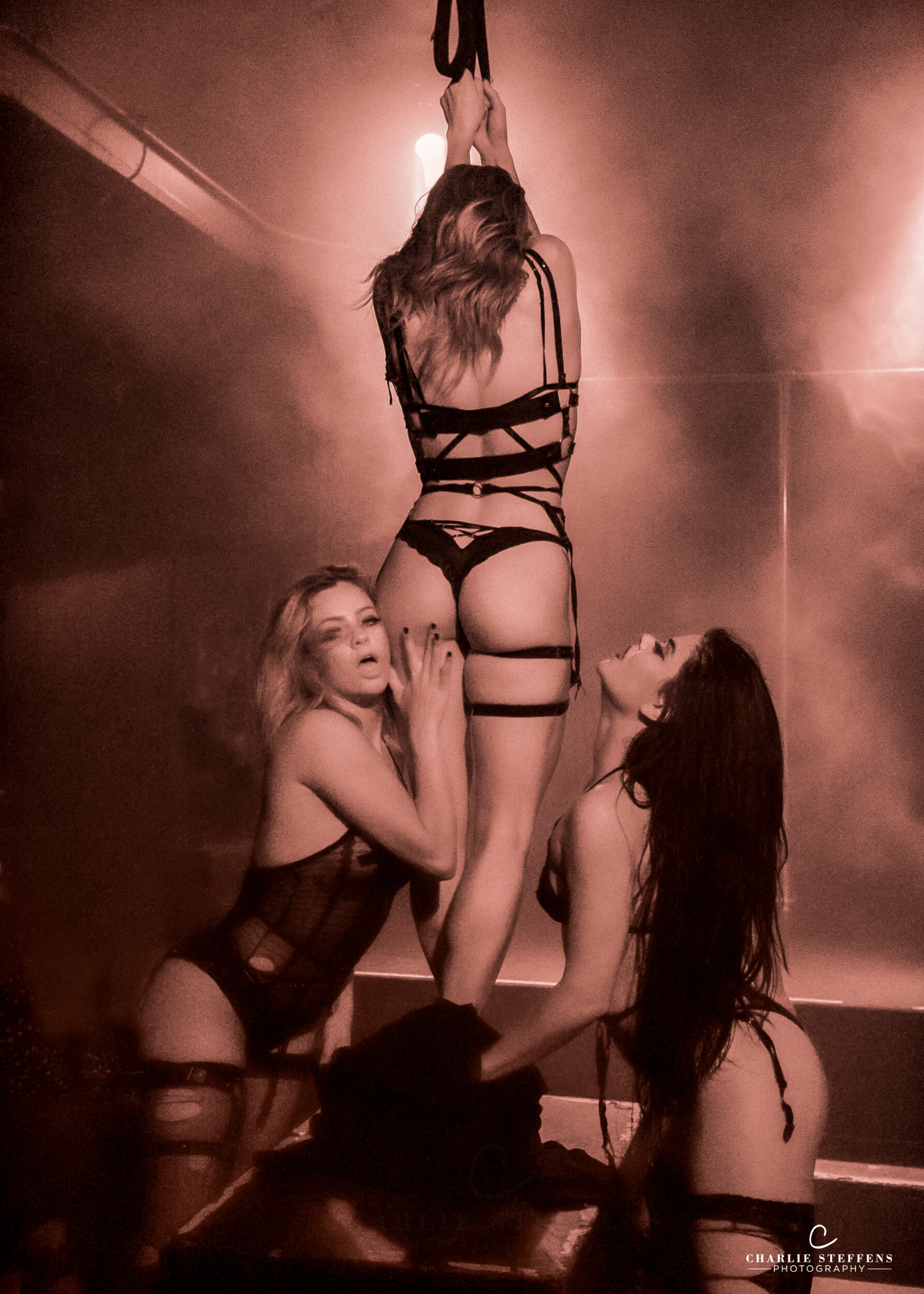 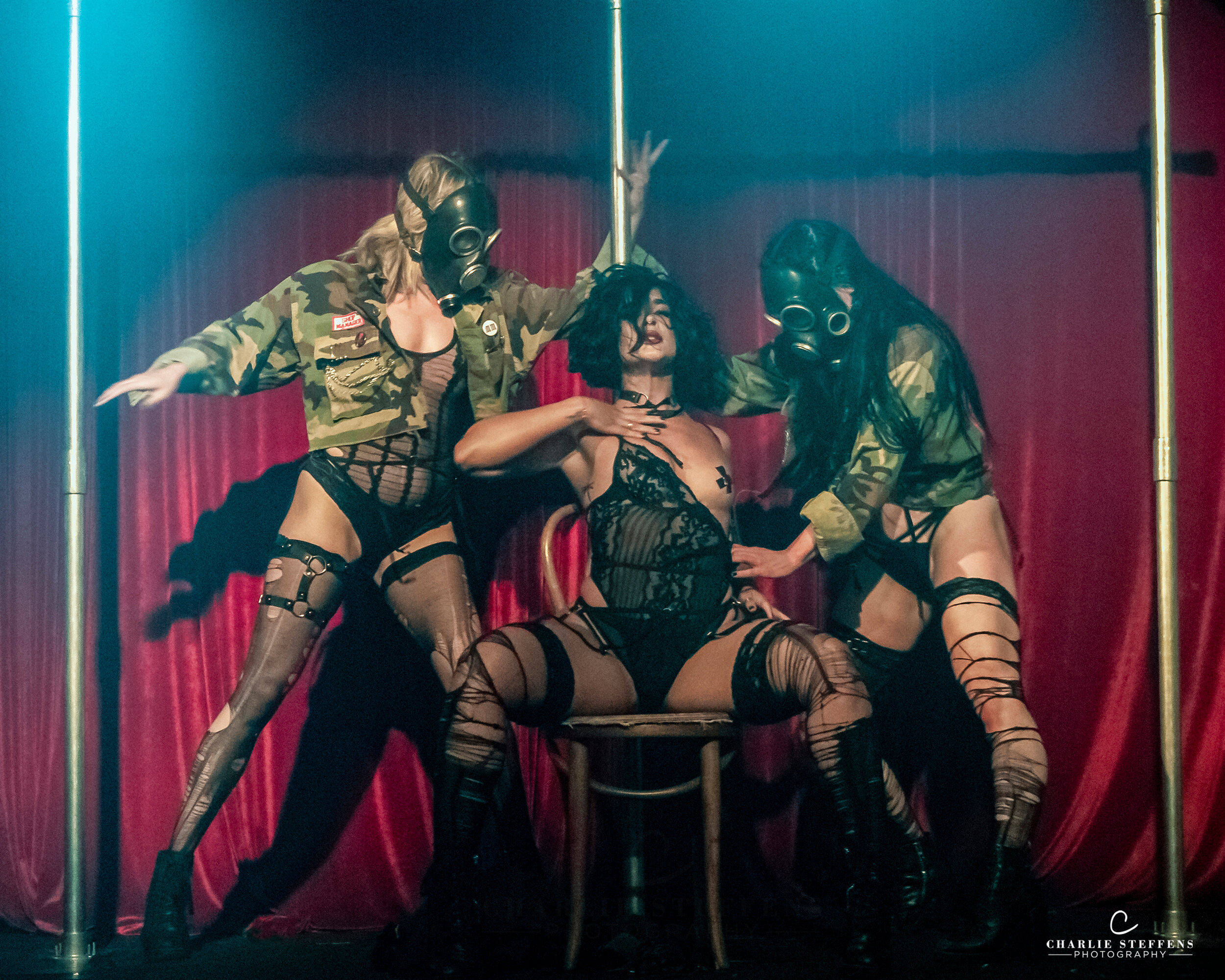 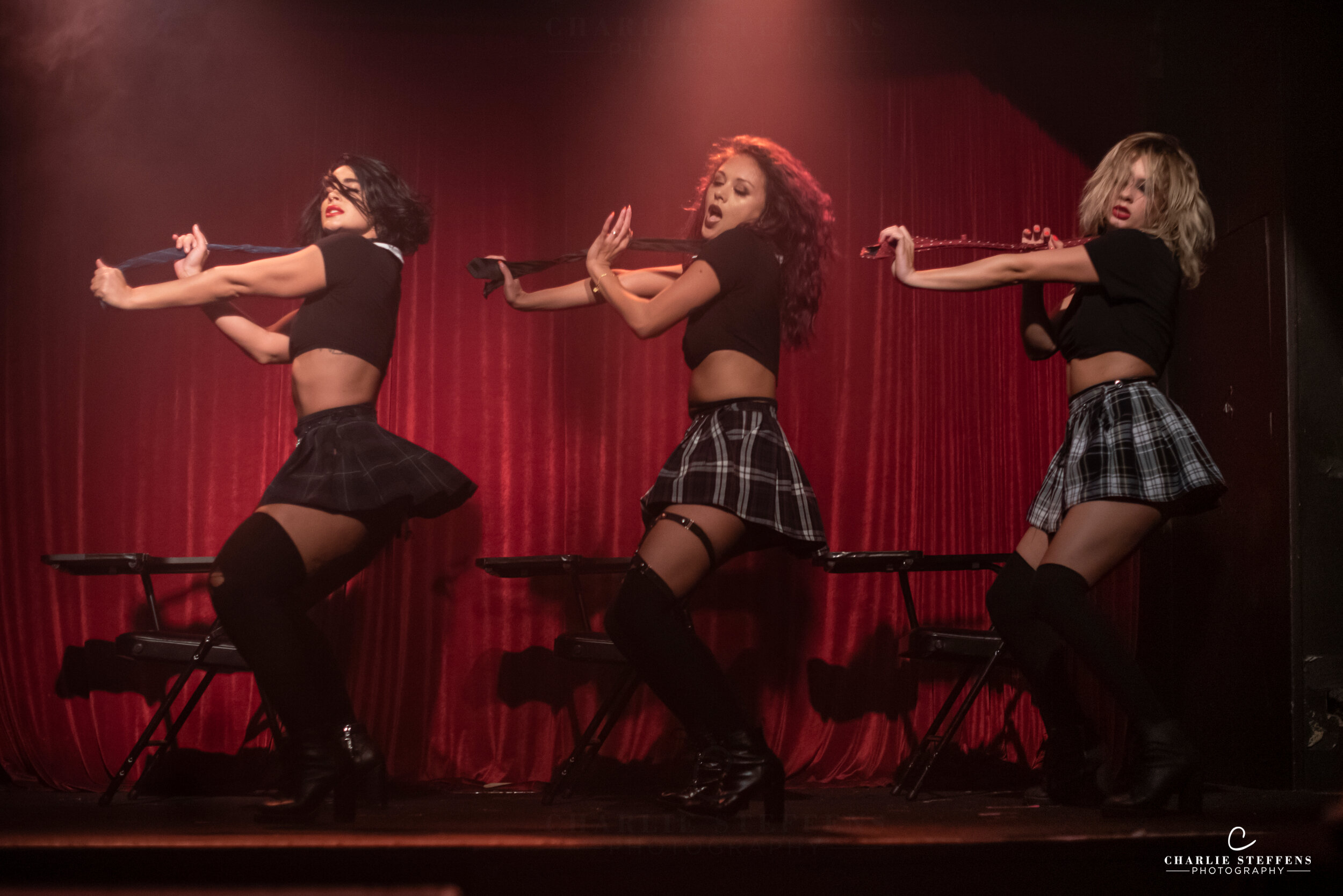 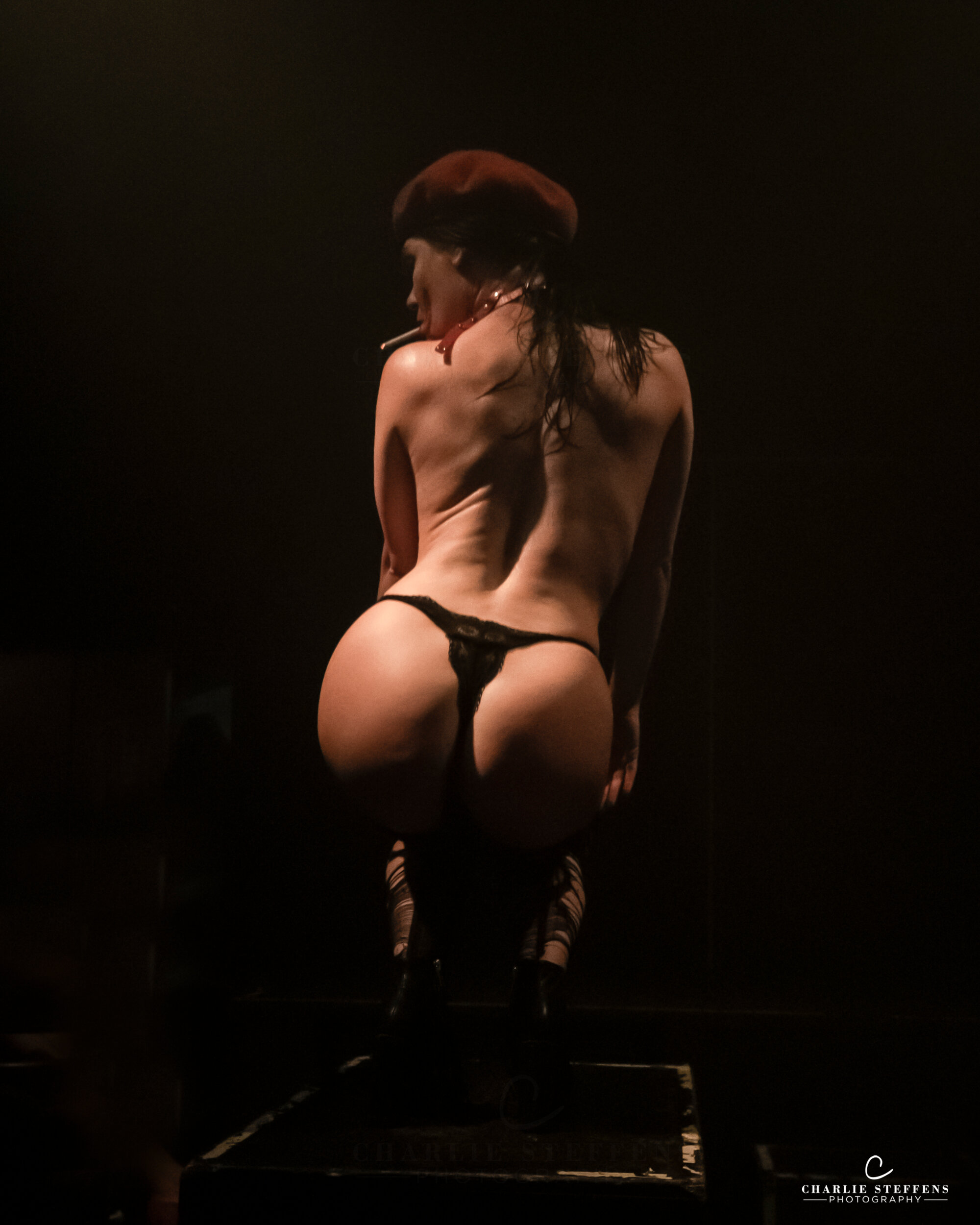 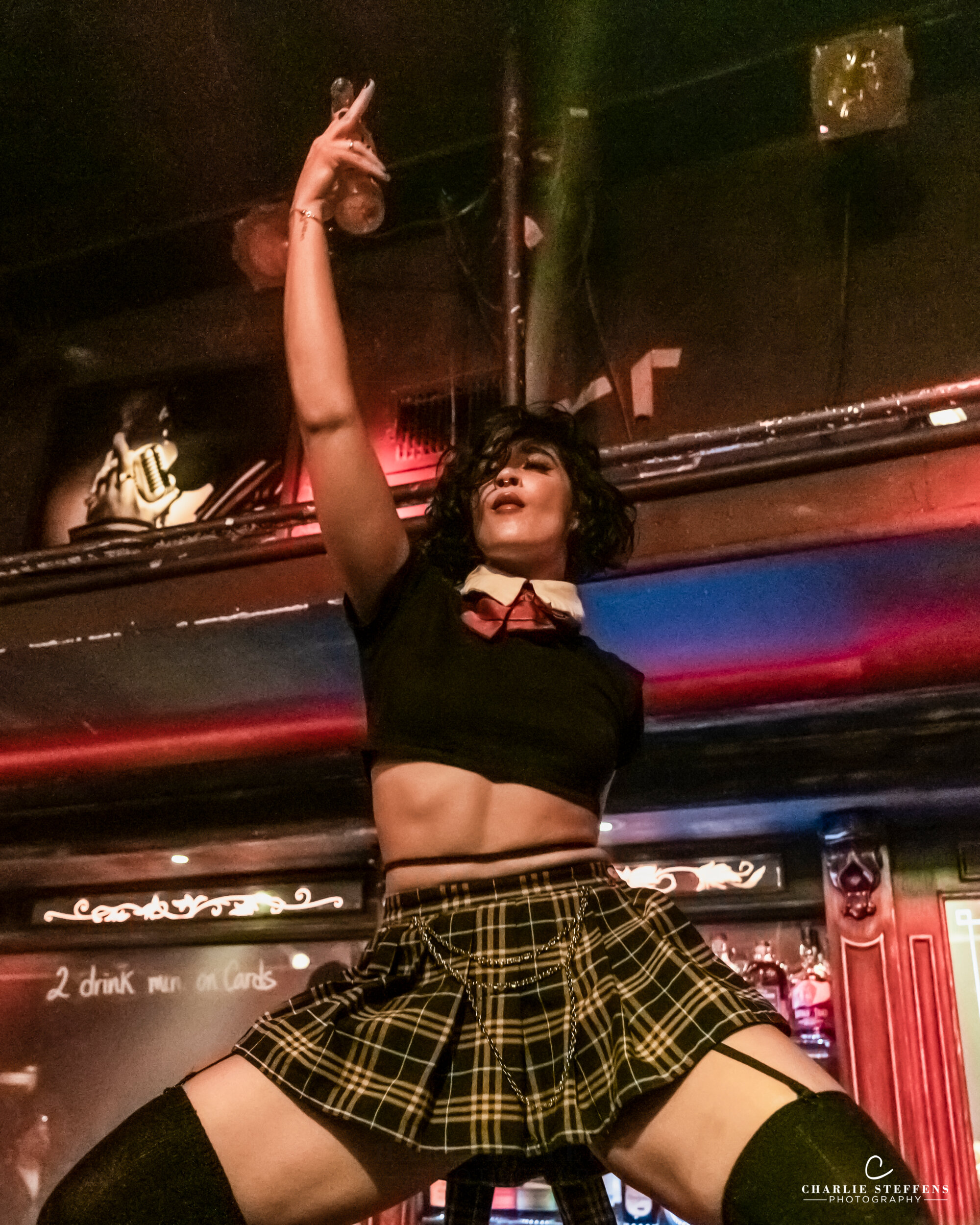 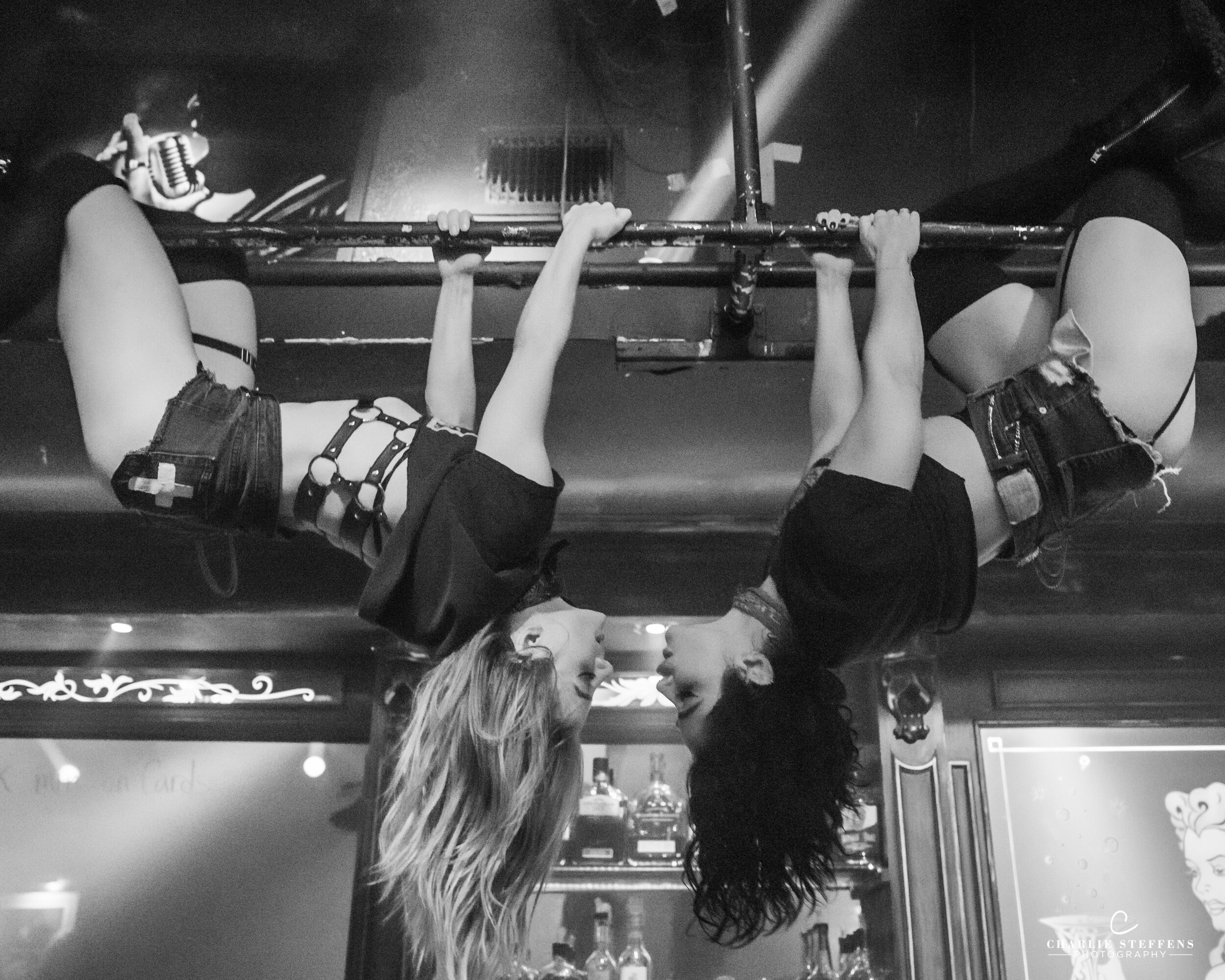 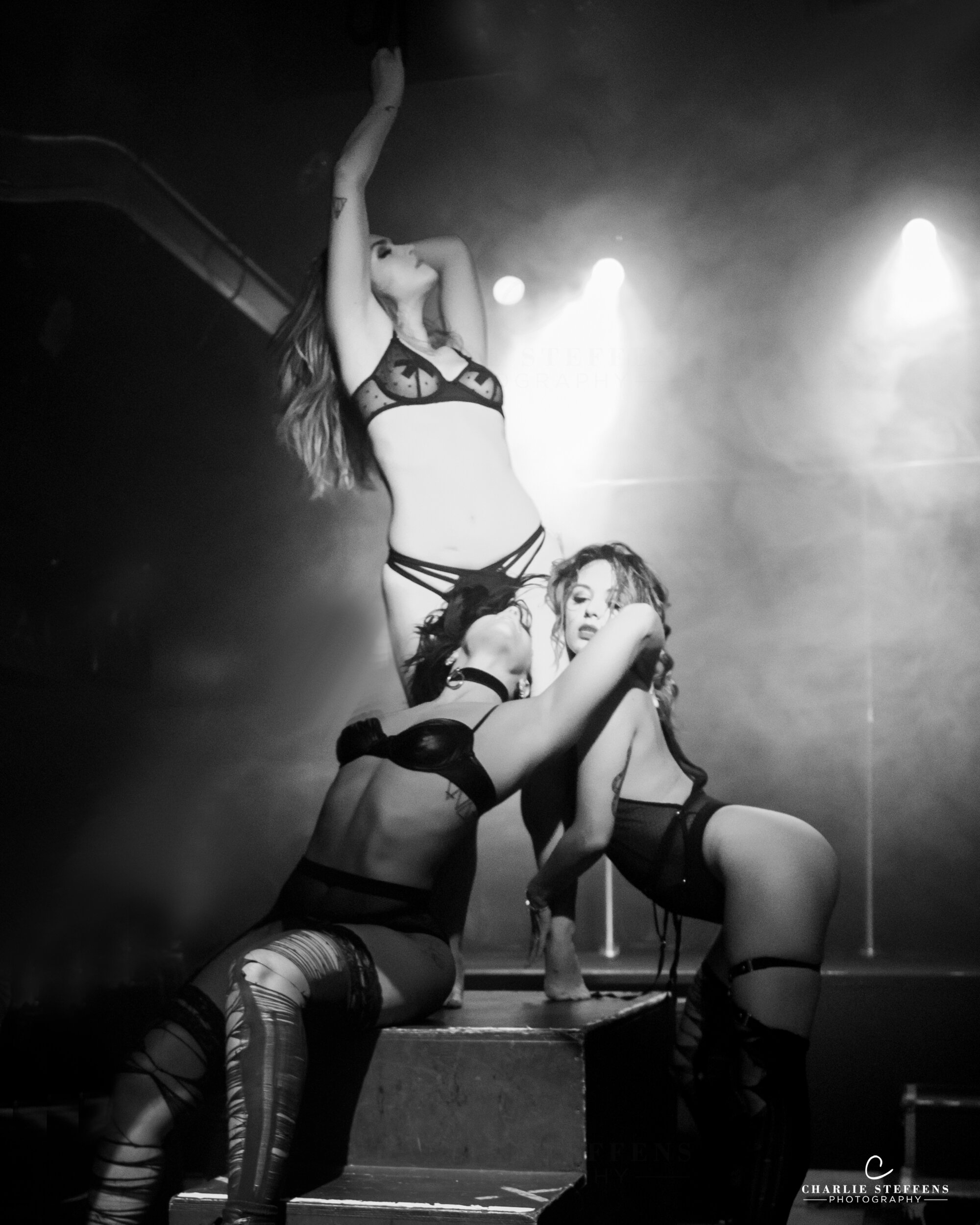 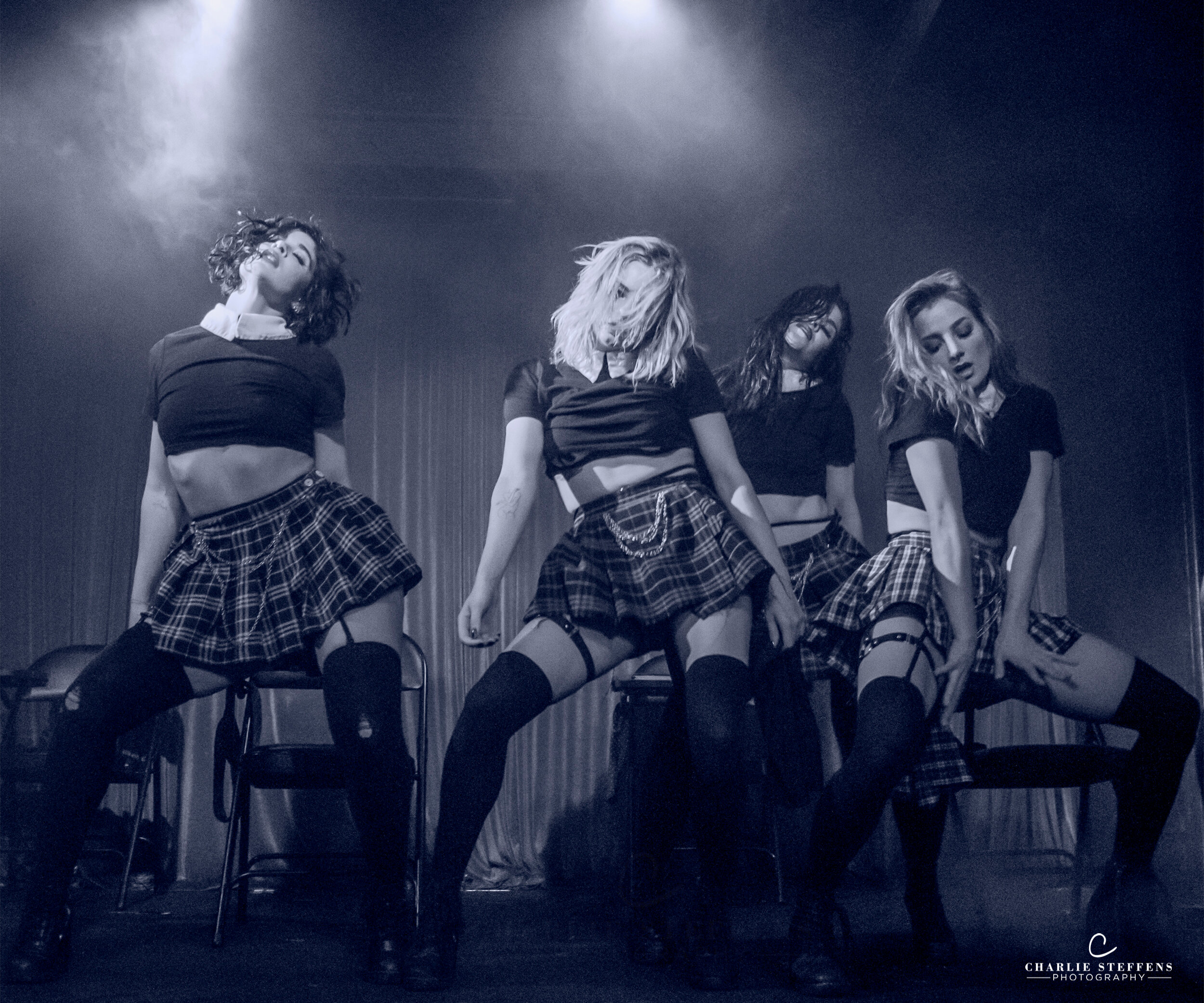 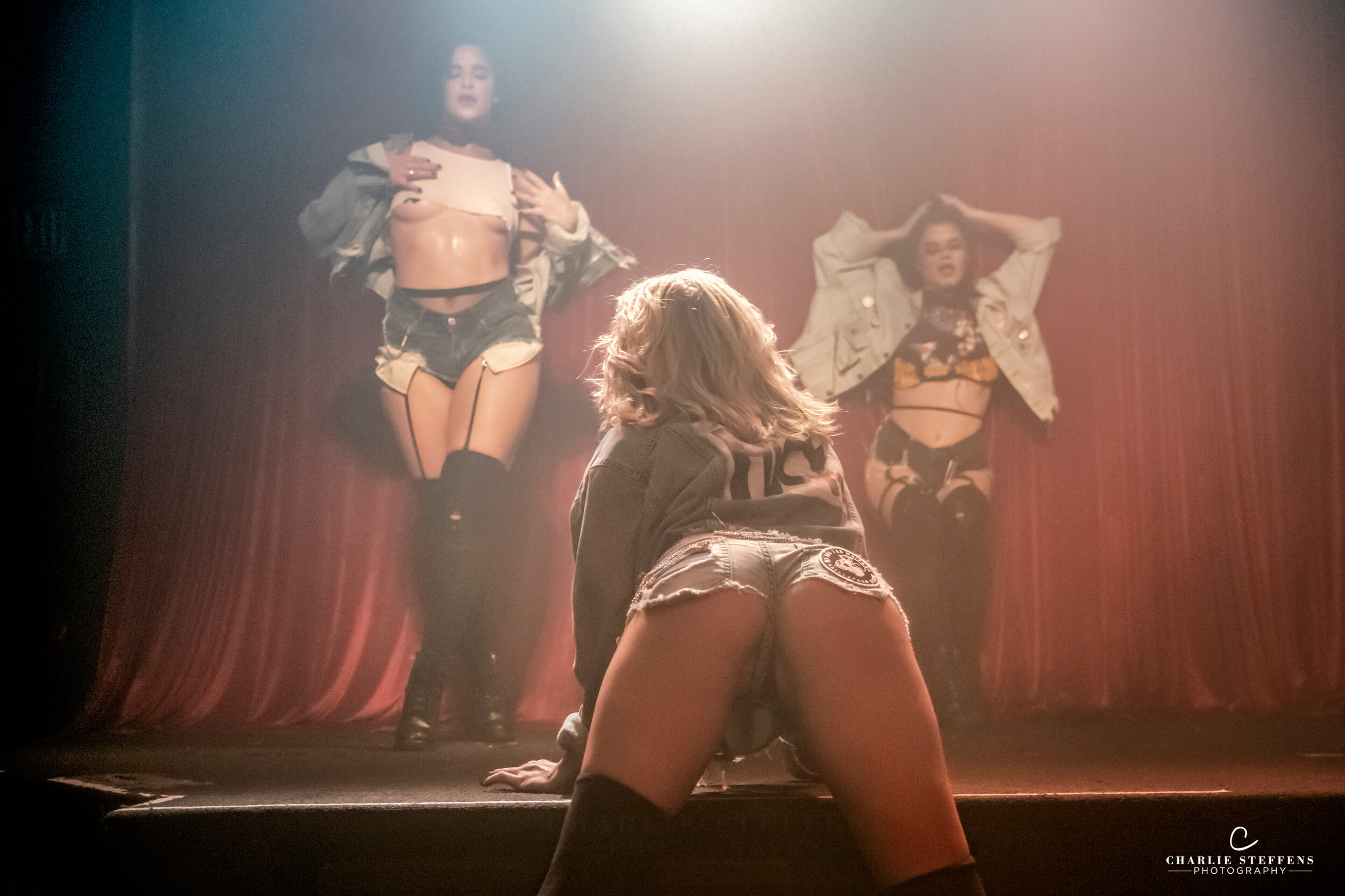 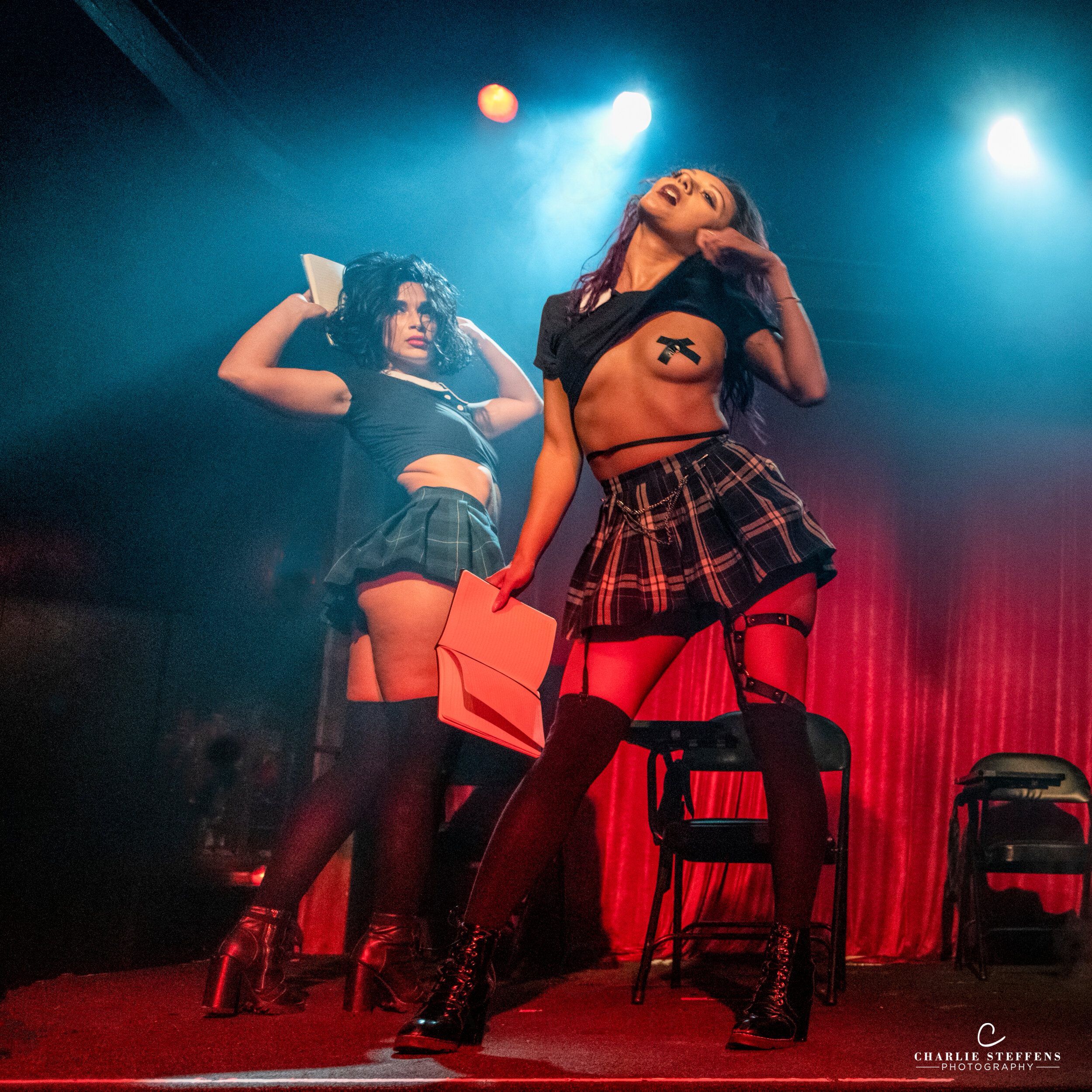 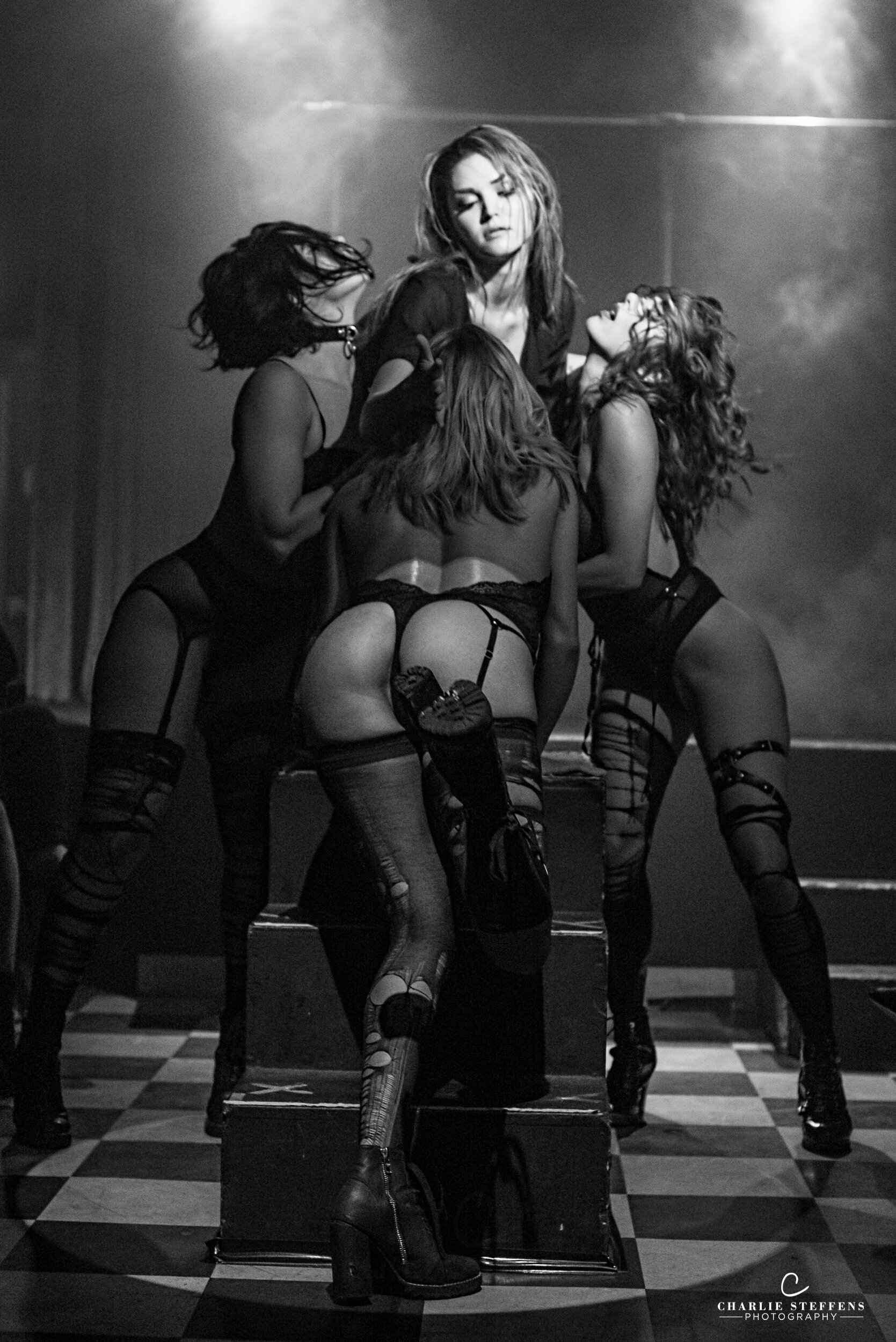 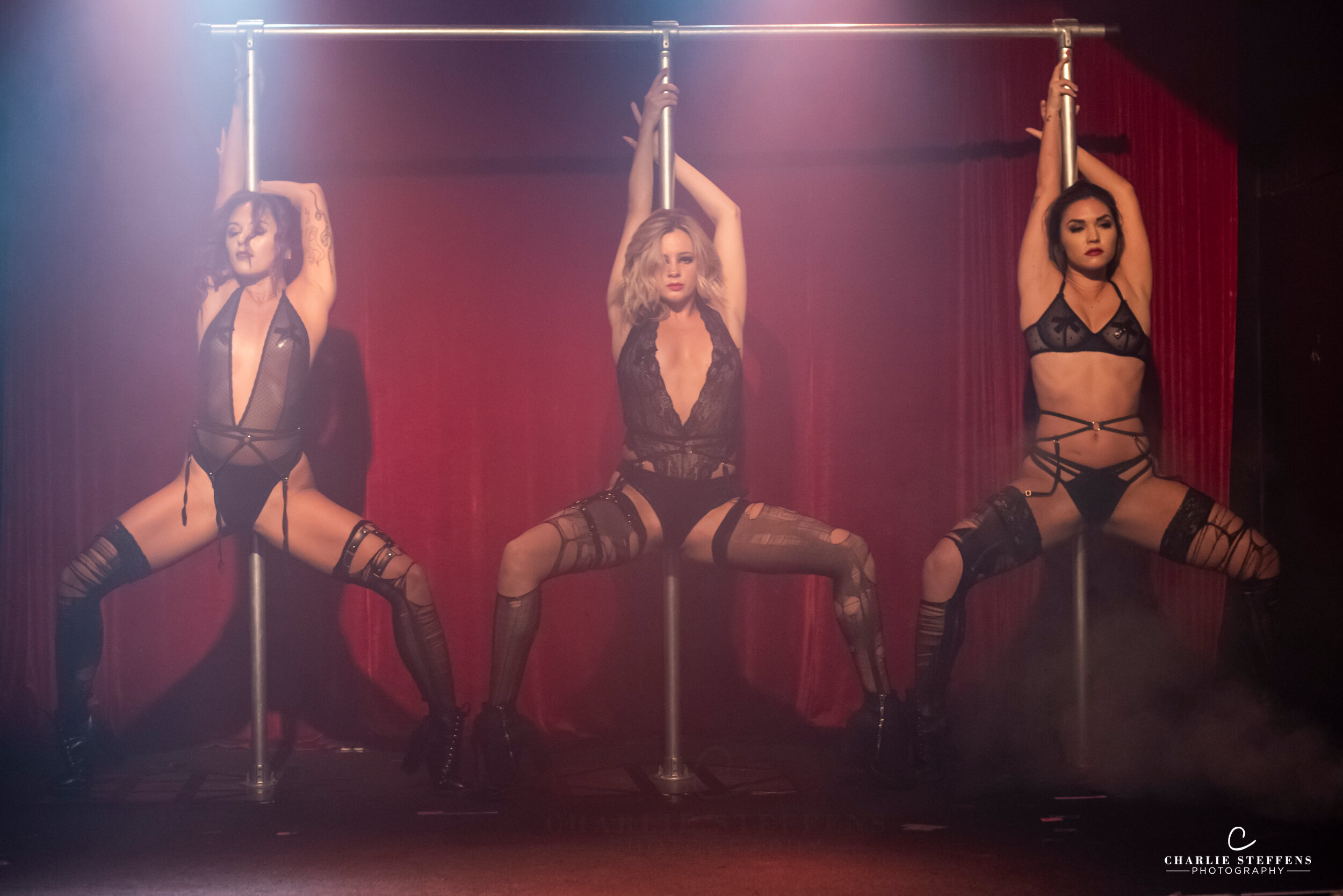 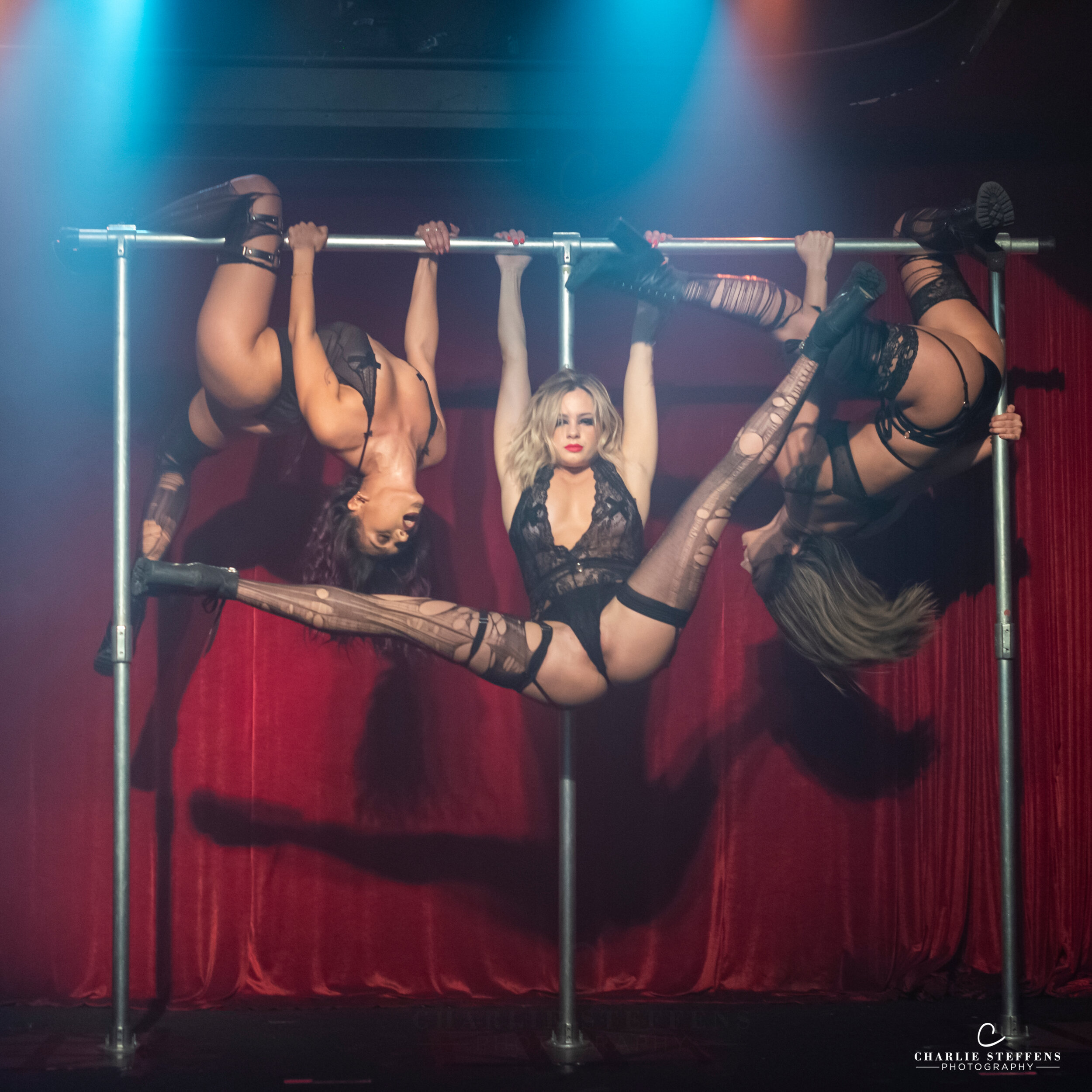 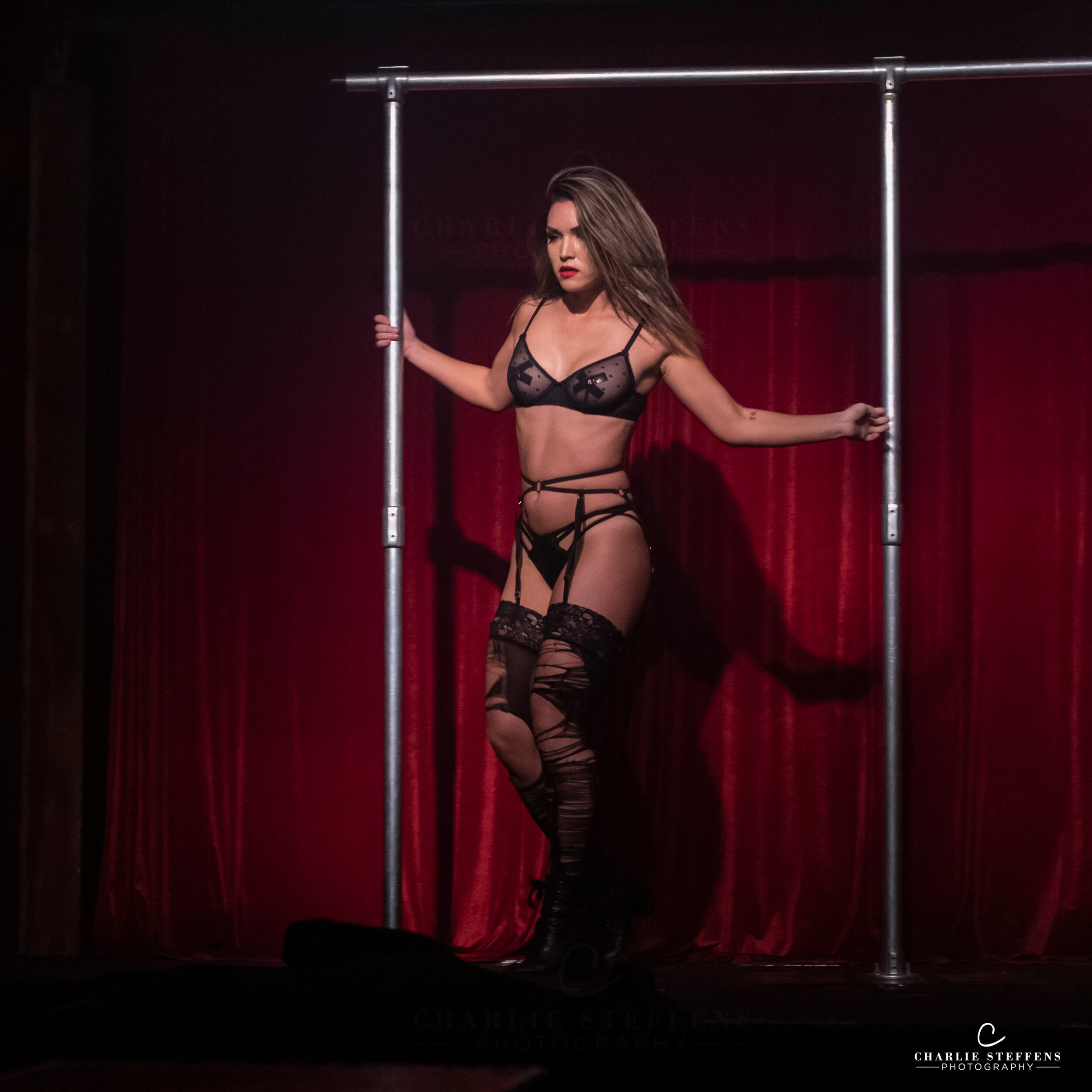 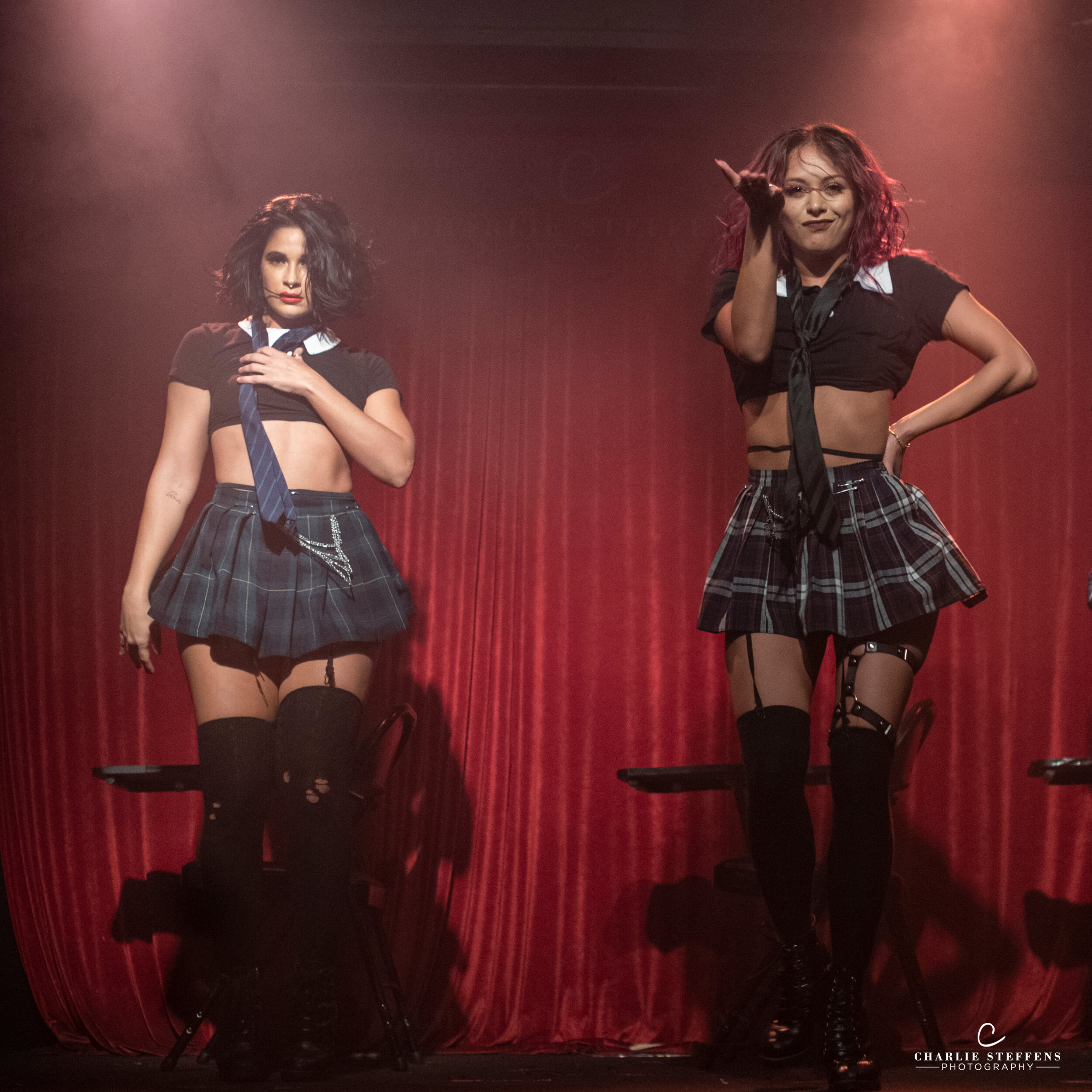 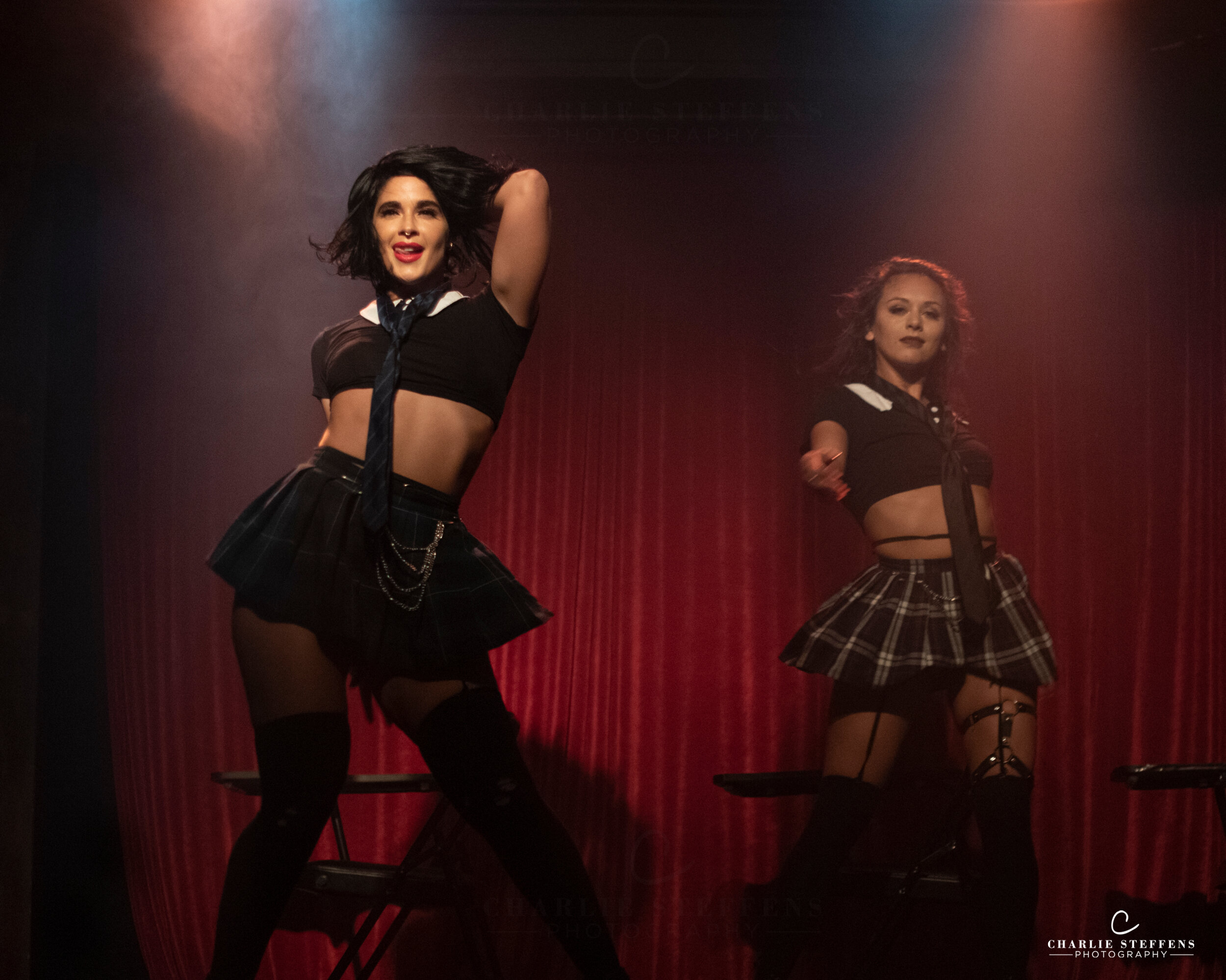 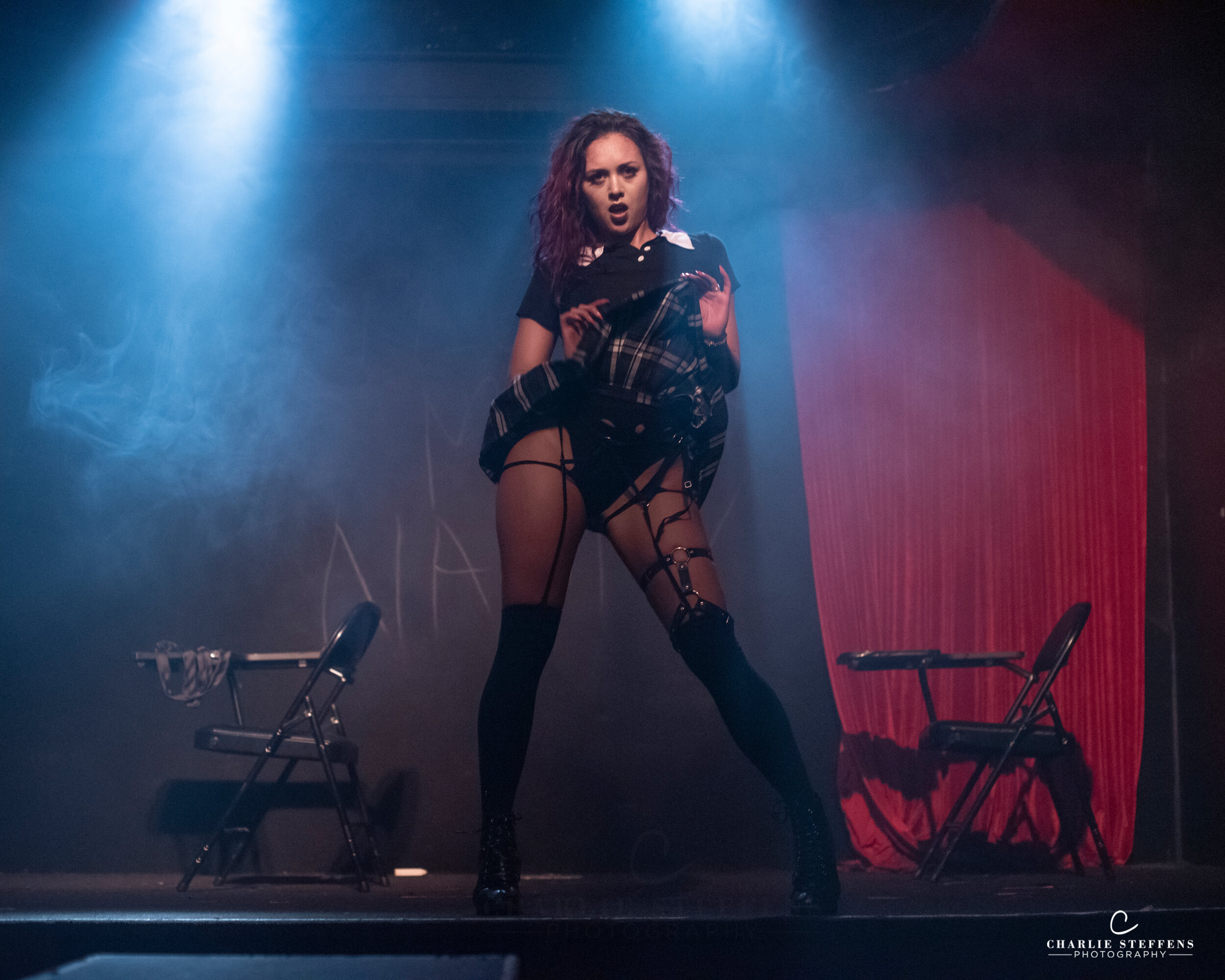 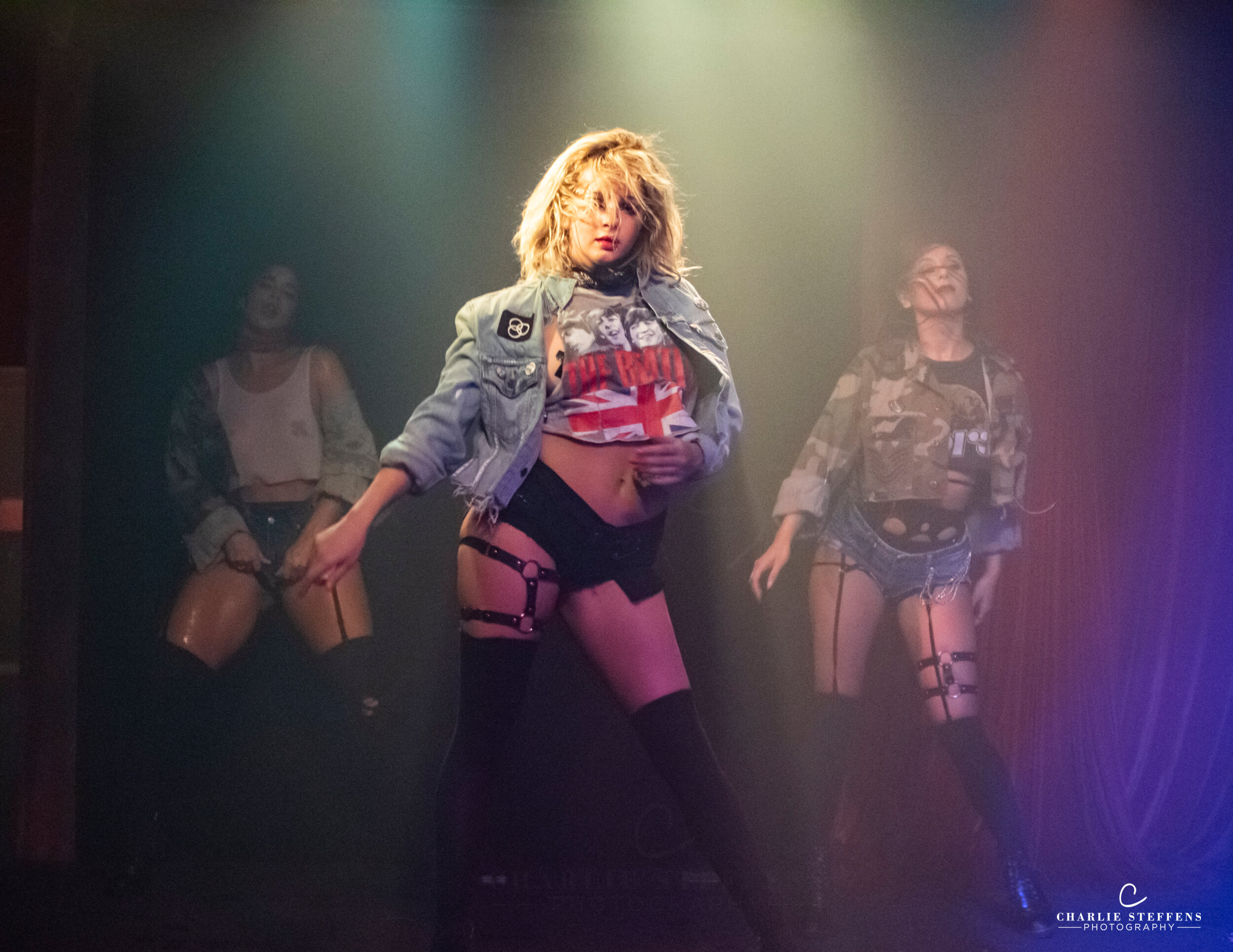 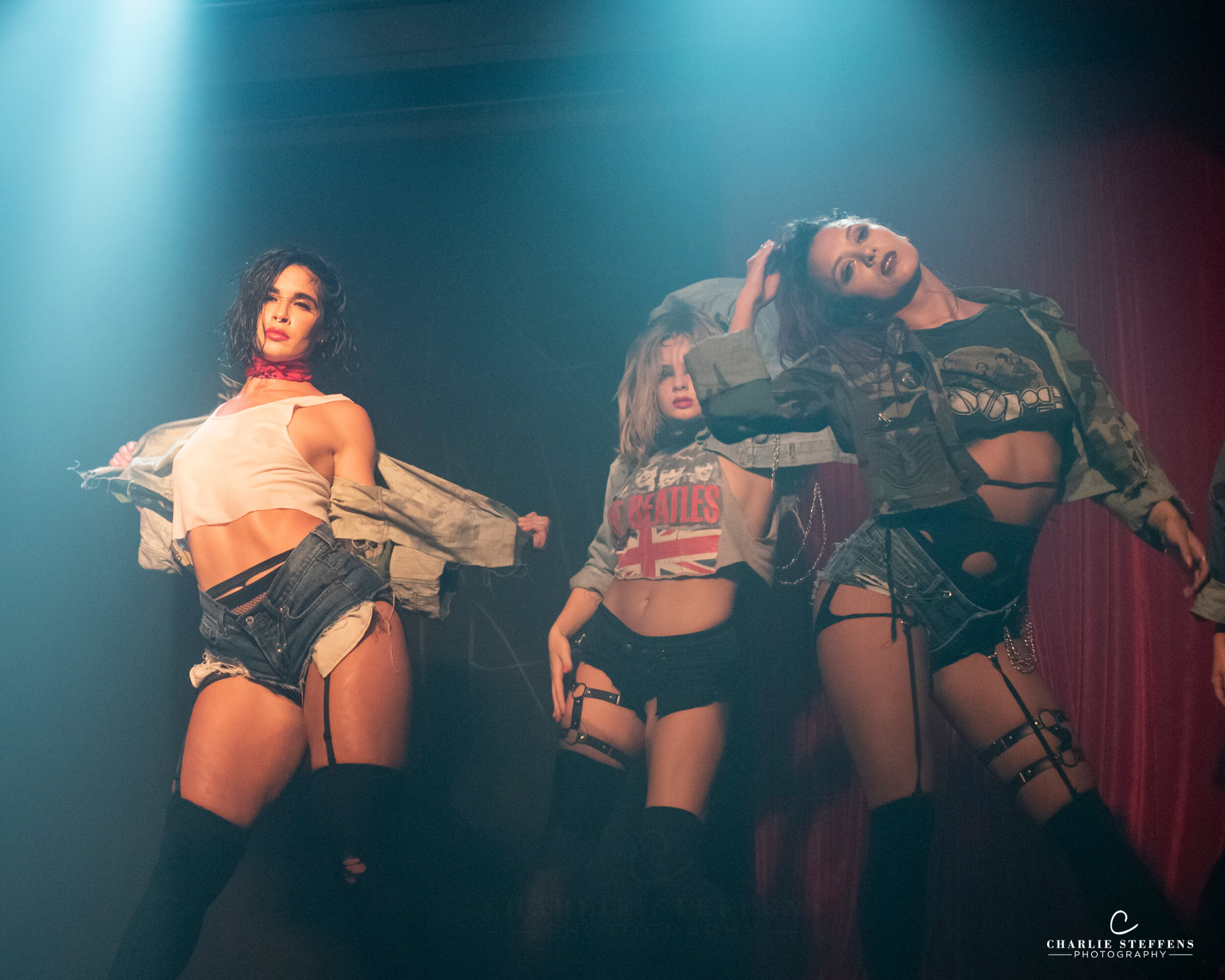 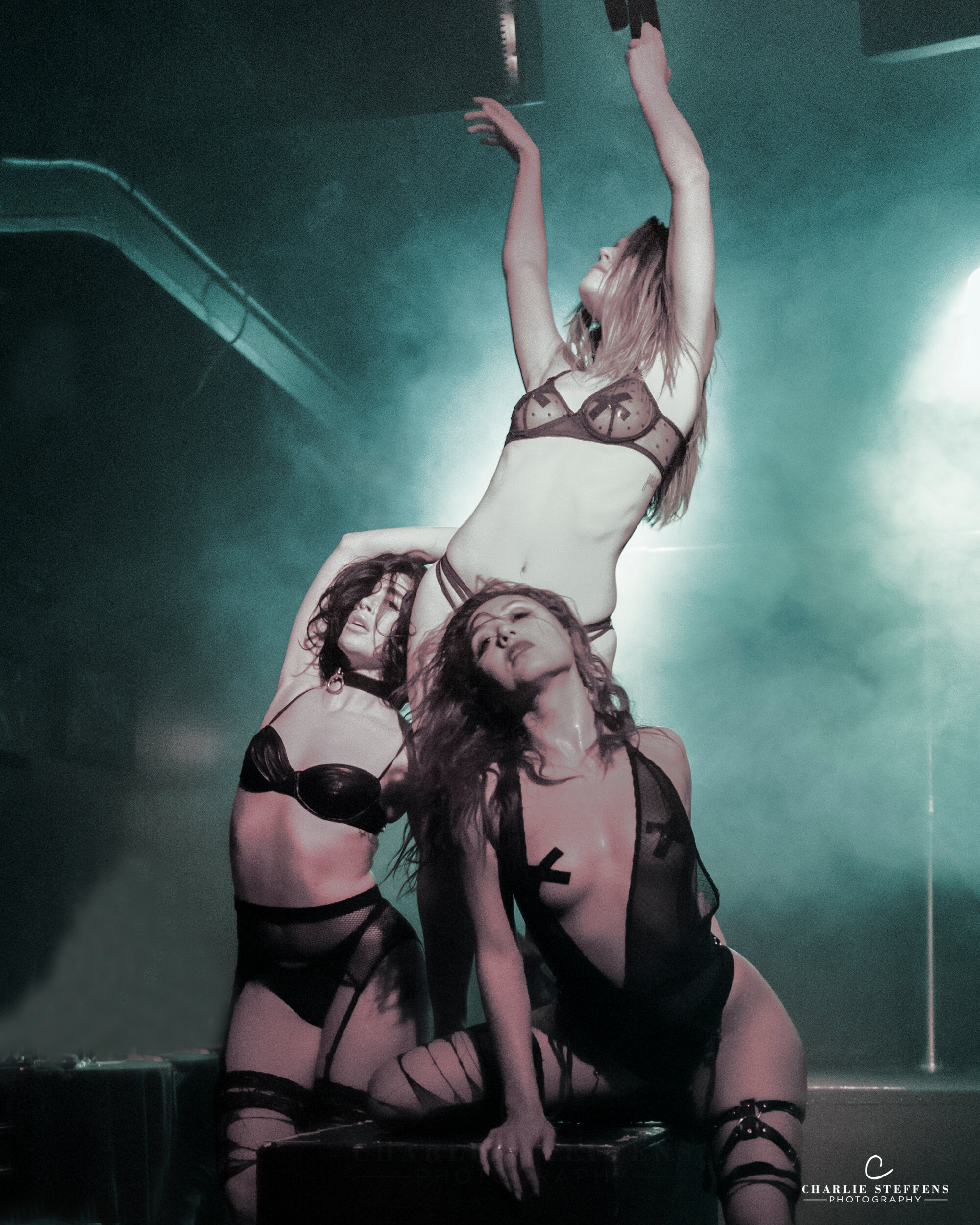 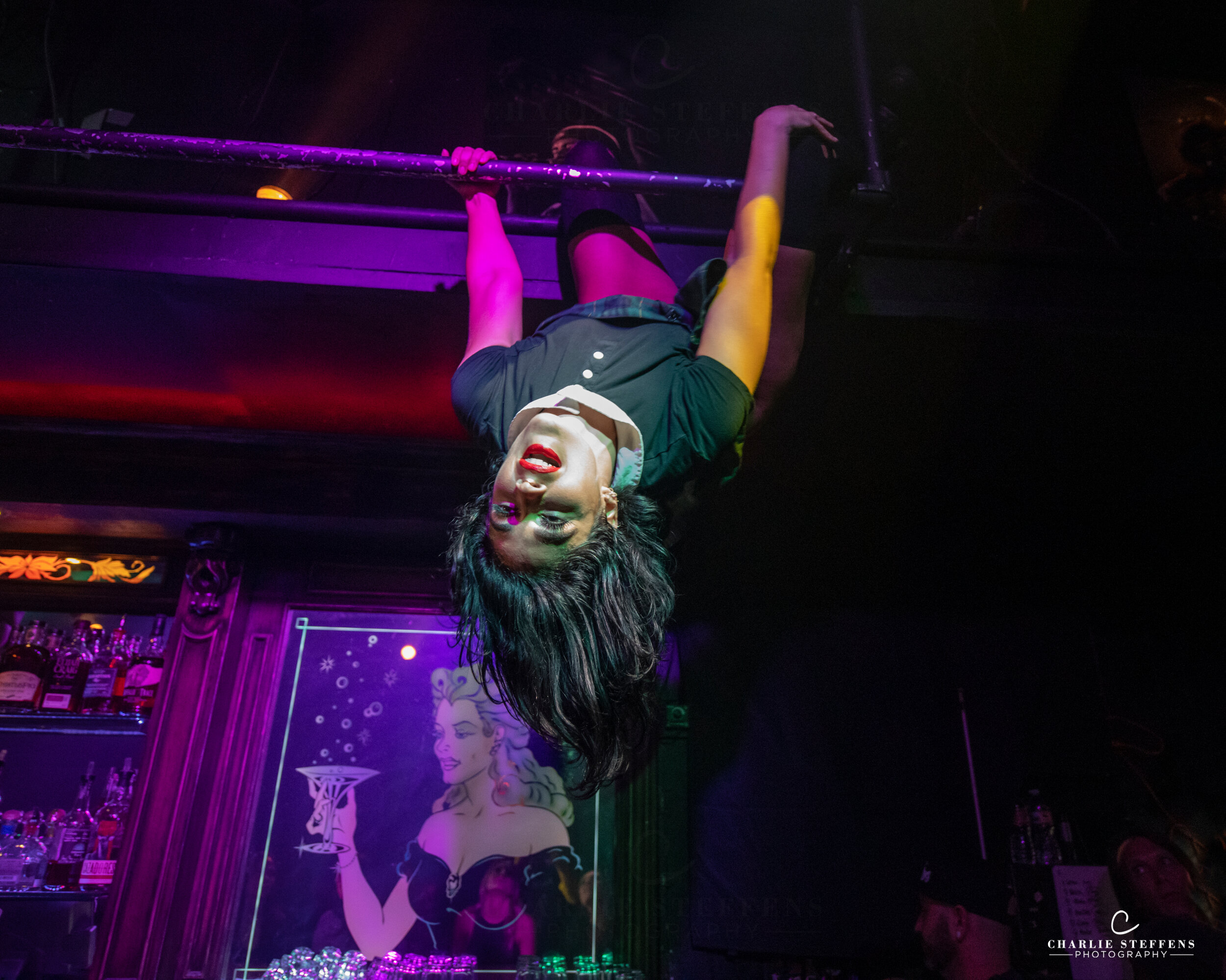 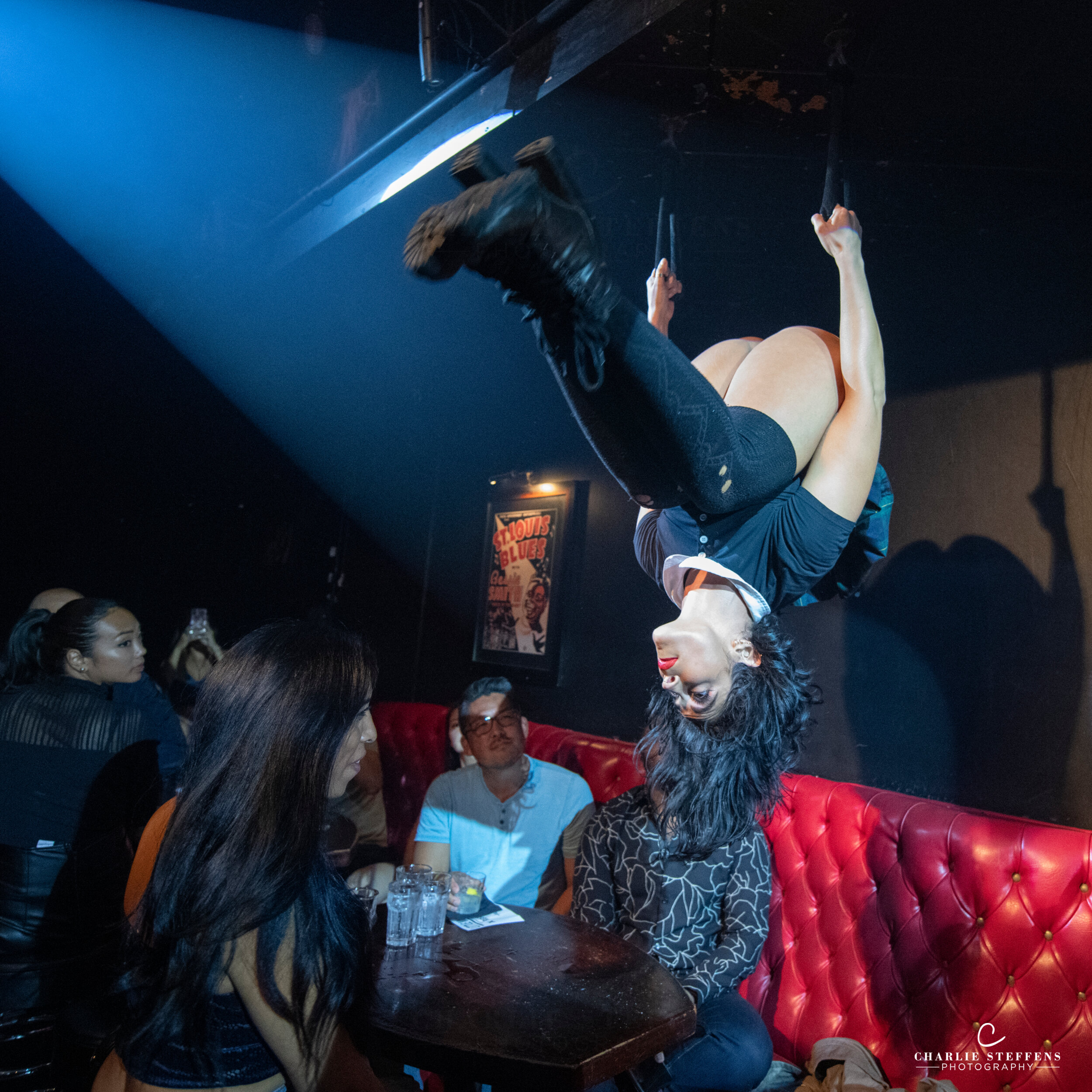 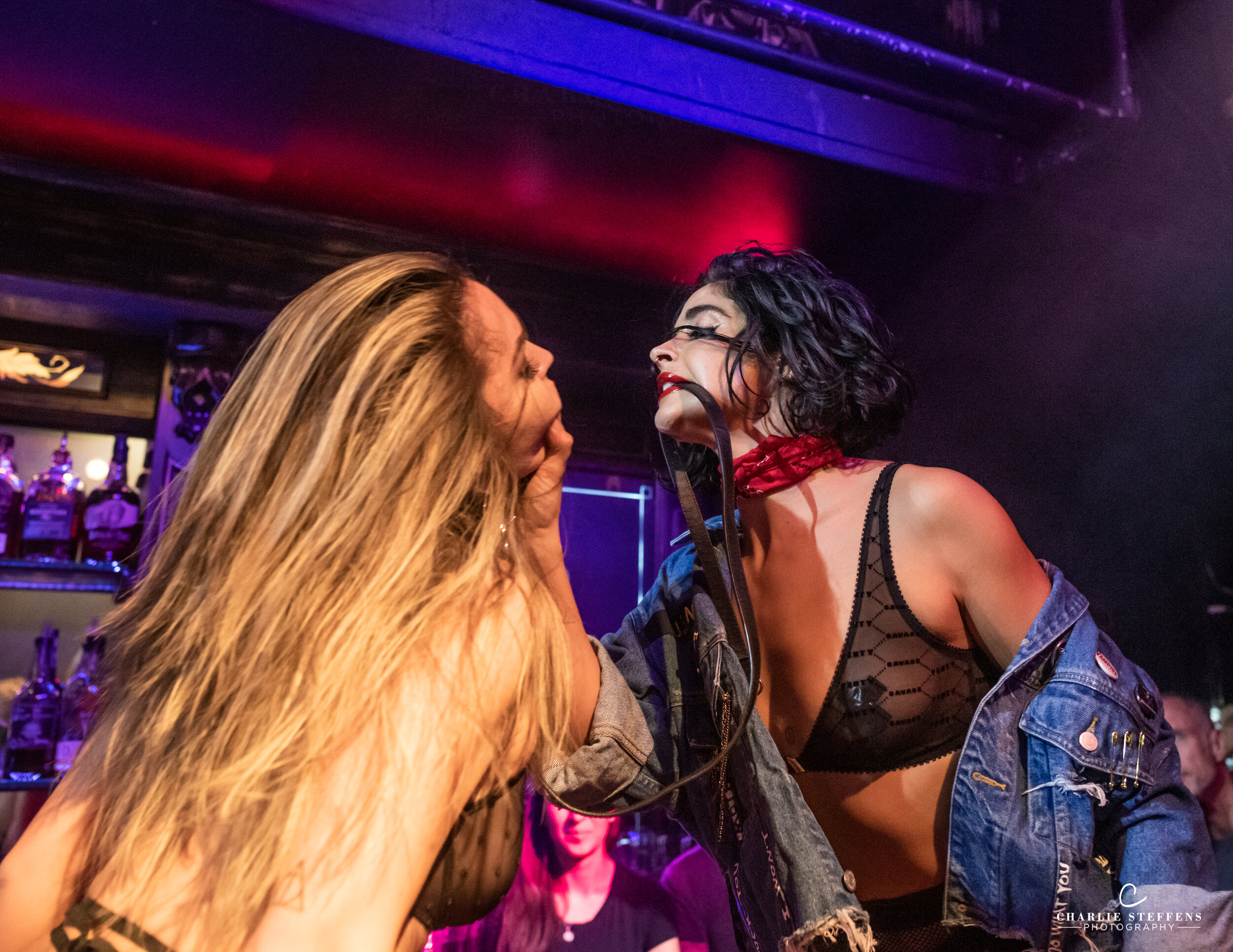 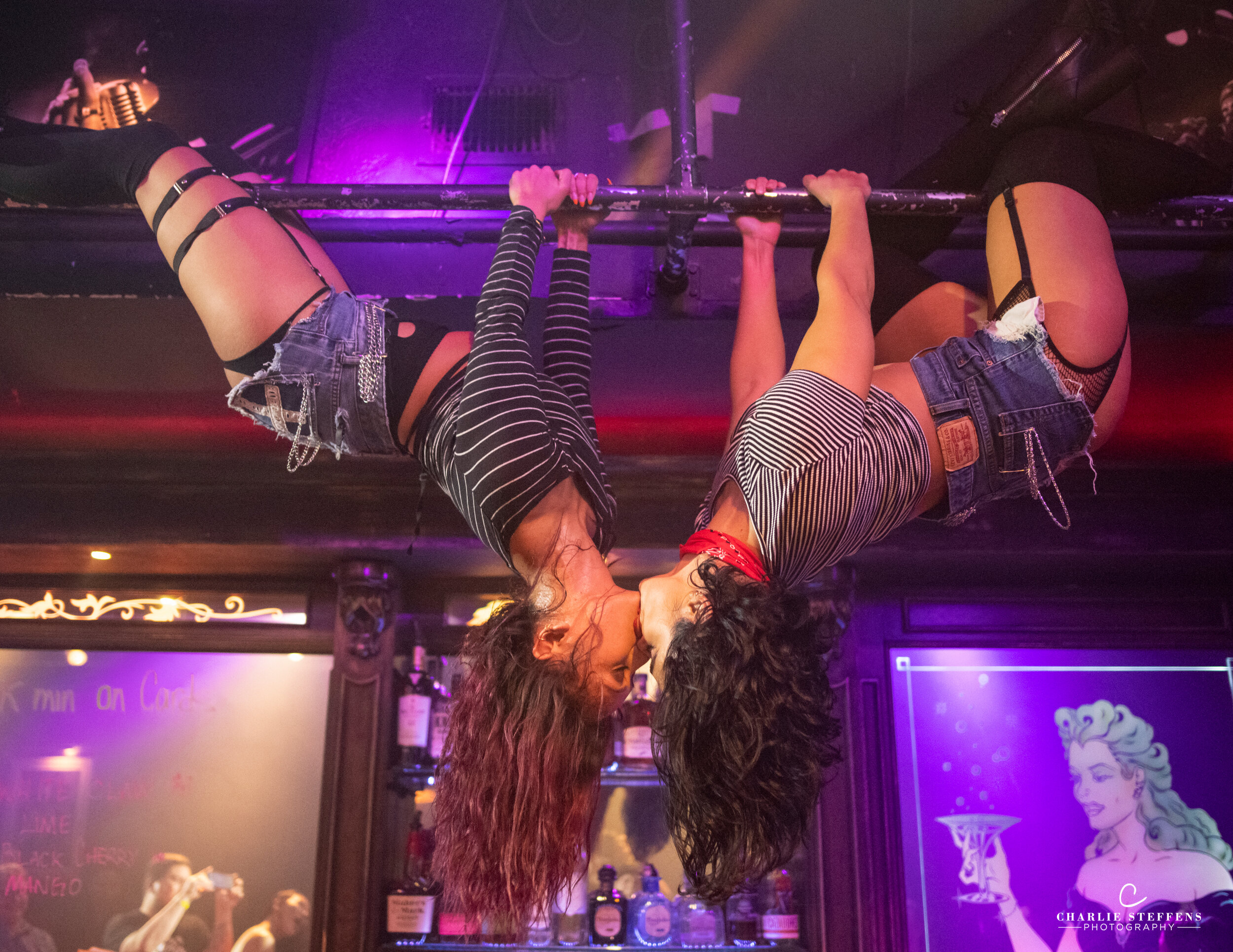